So with still having painter's block over the Kill Krusha, and not wanting to start on the Riptide quite yet I've been working on my heliocoptor.  I did not realize it had been over 2 years since I touched it last!  But it's getting closer and closer to finish now, with the last 2 nights working on decals. There are A LOT Of decals, and without micro sol it would be downright impossible.

But one whole side is now done.  It's coming out pretty darn cool, despite all the issues I've had with working on it. Small, fragile parts are not my forte.  Many pieces have broken off, and like the tail rotor has broken off and been fixed so many times it's all fuckered up.  But hey,  that's why I'm doing this is to learn. 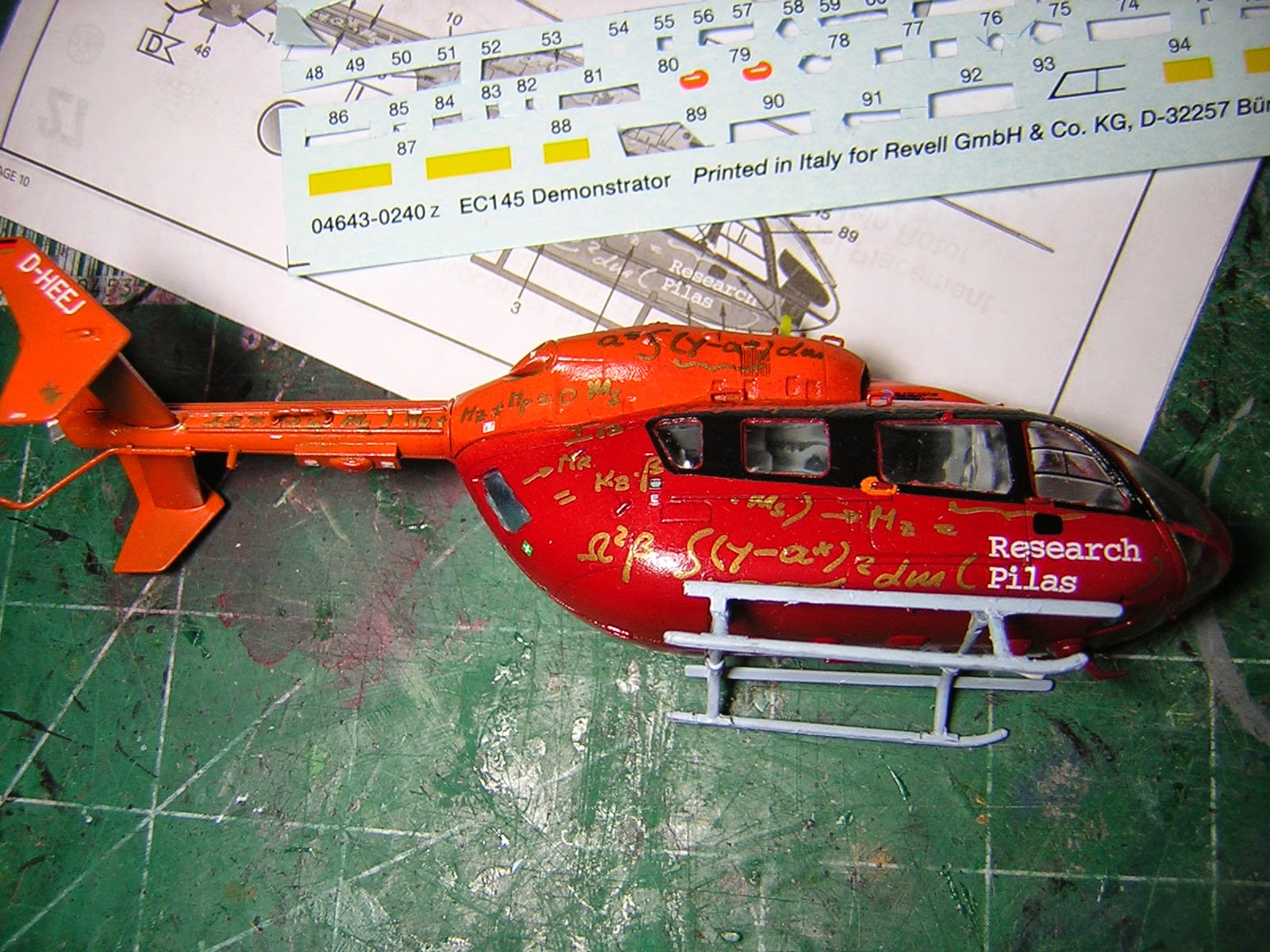 Just the sheer amount of decal work plus some touch ups means I'm still a few days of work away from finishing it, but at least there is light at the end of the tunnel.

On another note, I took this pic right after finishing the last Imperial Fists commission, showing how much mess it makes getting through a project.  I have since cleaned this up, putting everything where it belongs but when you're busy working you need to keep everything you need handy. 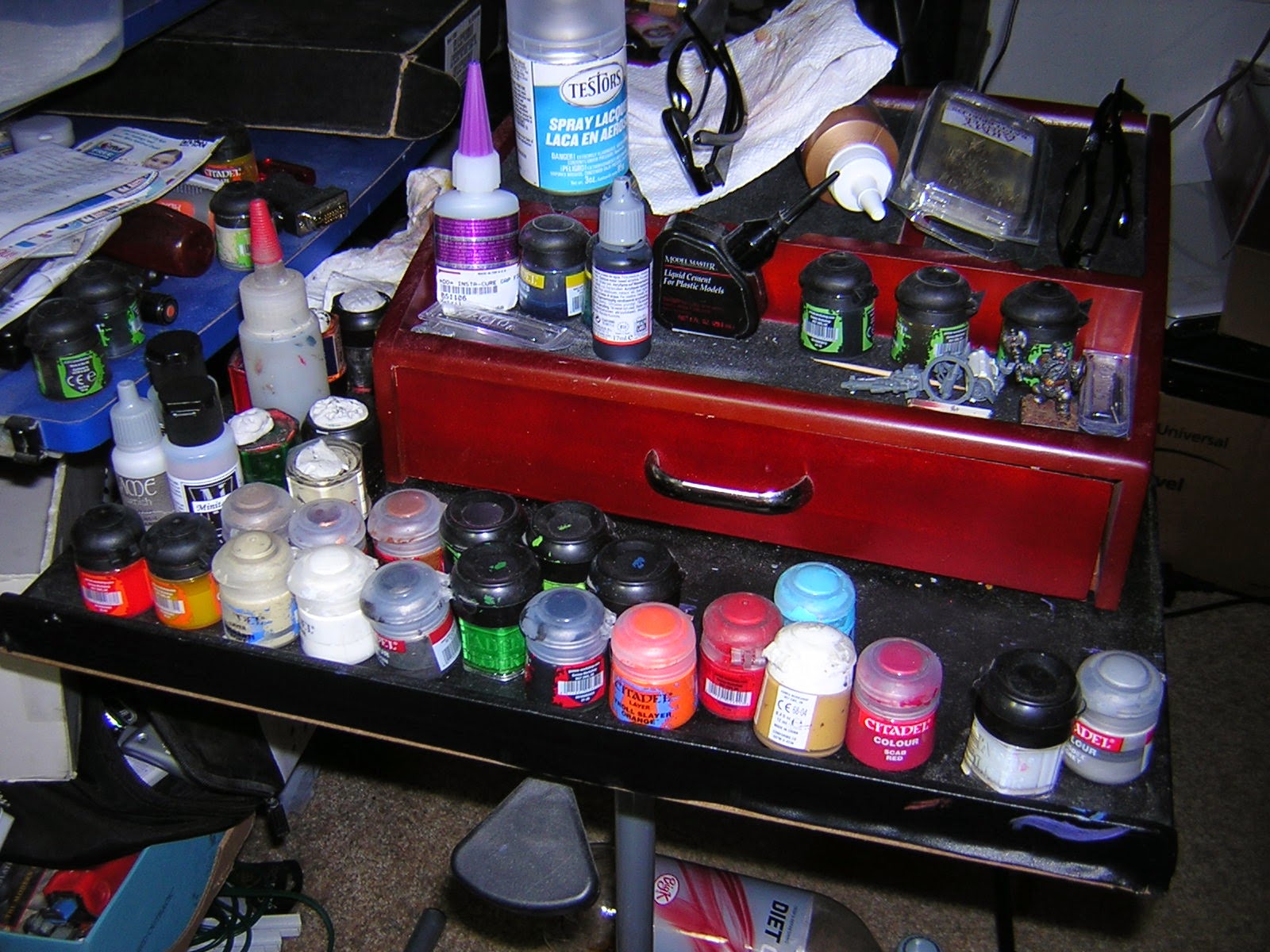