Finished my BfSP night goblin shaman. Experimented with OSL, trying to give both they eyes and magic mushrooms a glow. Looks better farther away!

Still pretty happy considering it's only my 2nd try at OSL, and very happy overall with the model. 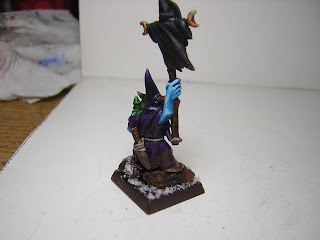 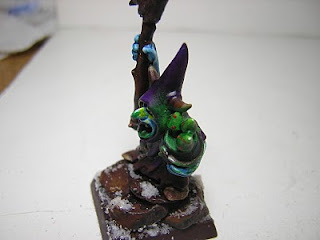 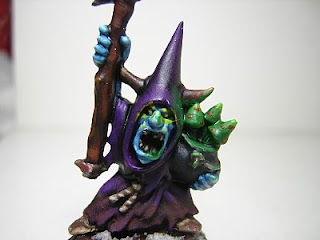 Posted by Sorien at 2:00 AM No comments:

First round I got a bye, but still played the ringer.  Fatecrusher Deamons. Ended up killing everything except fateweaver.  Over 2800 victory points.

Second round was whichhunters (not Sisters of battle) which started out really good, but after the first couple turns I simply could not kill the scoring units..he had 10 of them!  I did a LOT of wounds but he just made most of his armor and/or cover saves.  I couldn't push al'raheem's units to the center fast enough. Major loss.  Only 906 victory points, but only gave up 820.

Third round vs Dark Eldar.  Completely tabled, only giving up 790 victory points.

Ended up with 49 battle points, not even enough for top 6.

I didn't take much video, but what I did take I'll put up soon. Looks like youtube is being glitchy though.
Posted by Sorien at 8:53 PM No comments:

Everything is done and ready to ship.

Lots of paint chips, rust, and mud applied.  I really like the results.  I finally figured out a way to do pigments lol! Instead of using plain water to set the pigments I mix in a small amount of white glue. Not enough to really thicken the water at all, but the small amount holds the pigment in place.  This is after varnishing the model. 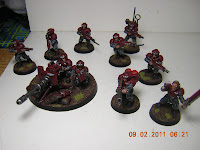 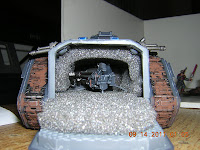 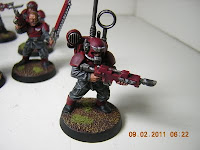 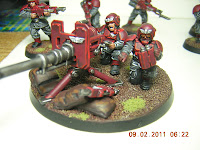 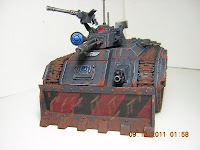 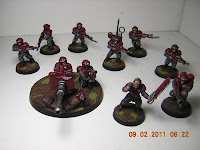 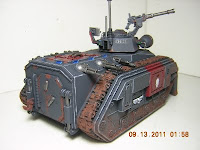 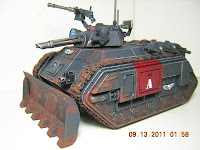 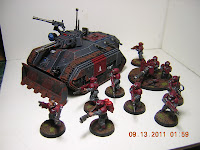 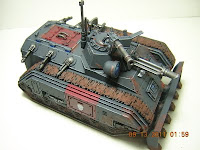 Posted by Sorien at 7:26 AM No comments:

After playtesting I've made a couple tweaks to the list. Dropped the autocannons from Al'Raheem's units and the demo charge from the vets to give the blob power weapons. Should be much more deadly of a unit now, and make more people think before blindly assaulting in. Especially against something like GK where they don't have an invul save or not much of one.

Even though I've only played it once, I'm a big fan of the Al'Raheem outflanking with Chimeras. It is a lot of bad stuff suddenly in your face or in your backfield.

So here it is:

Finished the infantry squad.  Looks great. Might still add some pigments to it, depending of if I do any on their Chimera. 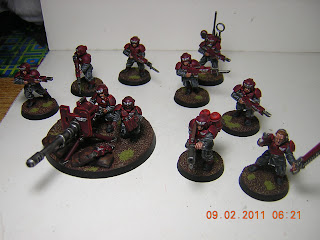 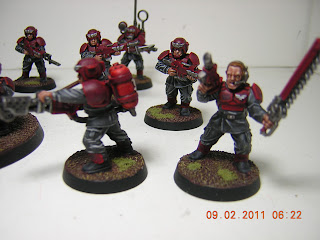 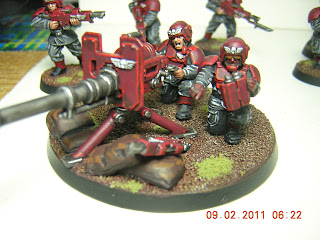 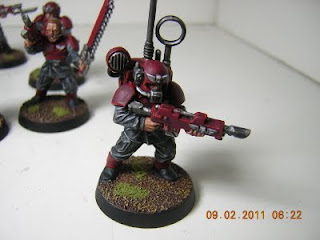 I plan on using a colossus in the IG army for 'ard boys.  Didn't have one, but my cousin did have a beat up and abused old Basilisk. Going to add something around the barrel, cloth or GS, not sure which.    The tube is 1" in diameter.  Compensating for something? 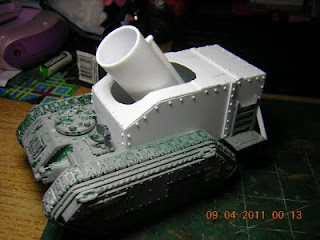 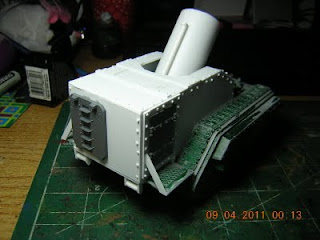 Posted by Sorien at 1:52 AM No comments: