Finished the 2nd session of greenstuff and I'm even more happy with the results.

Going to get painting on this asap. 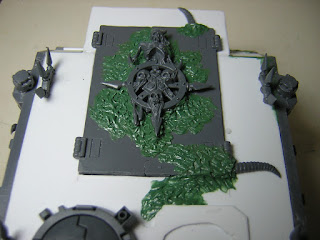 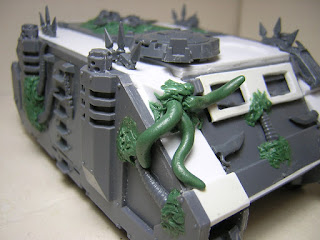 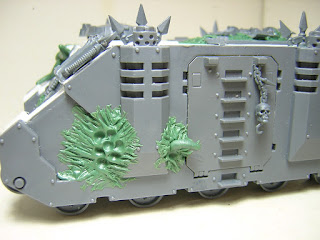 This is quickly becoming one of my favorite models.

Posted by Sorien at 4:43 PM No comments:

This is how you define "more time then money".

I've been wanting a Chaos Rhino to go along with the DV marines I just finished, but I'm saving all I can right now because I'm going to lose some work due to surgery next month.

Anyway I remembered I had the rhino sides and tracks in my bits box. Don't remember where I got them though lol.

Since I'm doing a Nurgle Rhino anyway, and it's going to get some bits and GS work, and I had some plastic sheets already, I figured I could just build the missing top and bottom. 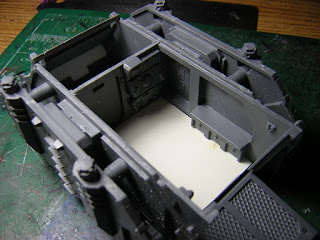 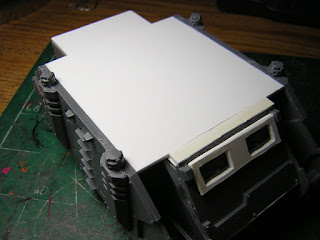 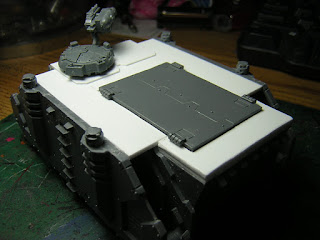 After a 2nd day of work the basic Rhino shape is done, and I've started to "Chaos-ify" it.  Using bits left over from a few sprues that were given to me, I was able to make good progress. 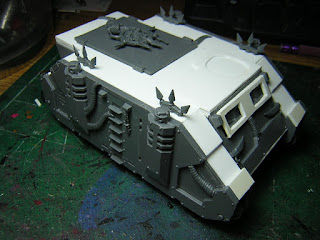 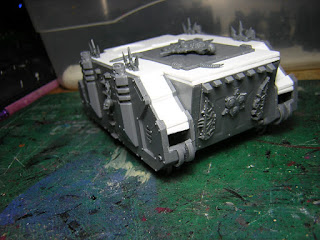 So it's been not quite a year since I converted up a set of Dark Vengeance CSM guys to be a stand alone CSM or Plaguemarine unit.

For some reason over the last couple of days I've been inspired to paint them, and now they are all done.  I also went with 32mm bases.  I really do think the aesthetic of the 32mm base is just amazing.  They are, of course, based to match my Ork army. 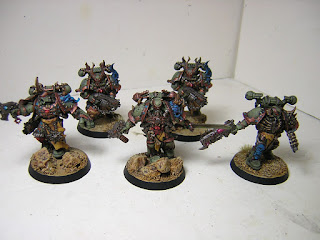 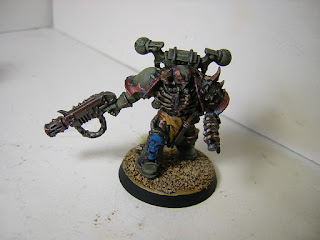 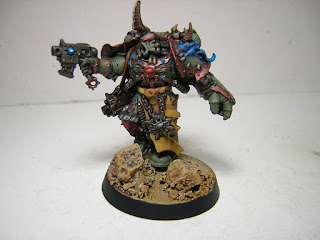 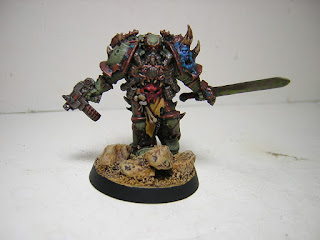 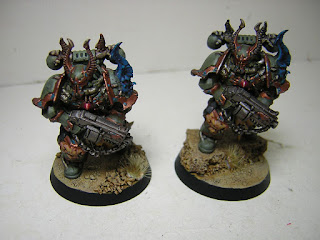 I'm very happy with them!  I think they've earned a Rhino, but that might have to wait until I can get some Black Knights going.

Anyway I'm starting to pile through my back log of unpainted models.  First the BA, then the Space Wolves, now the CSM and I even got out the 2nd group of Cultists and primed them!  I'm even looking at the Hellbrute with eye on a paint brush lol.

I've got a lot of commission work coming up, finishing a 2nd unit of assault marines, a unit or 2 of Grav devastators and at least 2 more drop pods, but waiting on money for that.

Posted by Sorien at 5:38 AM No comments:

The KX139 is here..and look out the Tau are coming for your candy.

And it's pure beatdown.

The rules are free to download so I'm free to talk about them.

First, it's a gargantuan creature not a super-heavy walker.  Even though it is T9 with 10 wounds, that is actually a bad thing, as it makes it very vulnerable to Grav weapons. A single unit of Centurions could kill it in a single volley.  That's the only thing keeping it from being completely over the top.  Even at that it still has 4++ and FNP so even grav can be mitigated..

But if you don't have a unit or two of Grav Centurions, it will completely wreck your day.

The other weapon option is a 5-shot Multi-melta...each.

And of course being a GC means it can fire them all at different targets.

To top it all off it's got 2 TL burst cannons and 2 SMS's which it can fire on overwatch..at BS2 none the less.

At 600points it's a huge investment in a 40k game..but worth it.  Add in the other new Tau units that have been spotted in the wild and a new codex and you have Tau once again coming to take your candy and there isn't a damn thing you can do about it.

Posted by Sorien at 2:08 AM No comments:

You don't see too much pure Blood Angels around, pretty much because most of the book is really underwhelming.  Once you add in some allies they can be a great addition but pure BA is tough.

Since I'm playing in a more "casual" league (that my shooty ork list just dominated) I figured going pure BA would be the way to go.  Mid-tier, not too powerful not too weak.

One of my favorite models I've ever done for my BA is my Captain with dual lightning claws.  So I started with that because he's awesome.

Lots of power armor, lots of drop pod action and one assault unit. It's fun, sorta aggressive, and damn pretty if I don't say so myself.
Posted by Sorien at 1:18 AM No comments:

As I draw closer to the end of my quest to complete all my Imperial army stuff, I present to you 5 Death Company.

The backpacks/jump packs are magnetized and 1 guy has 3 each magnetized pistol and ccw options. 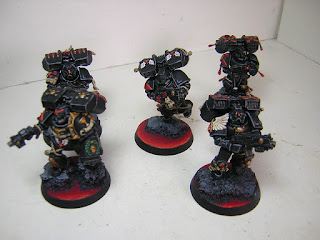 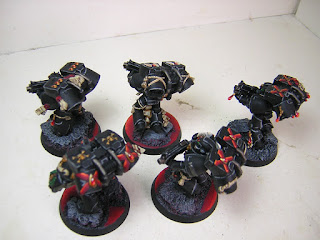 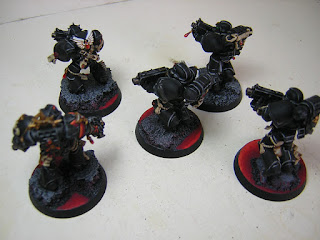 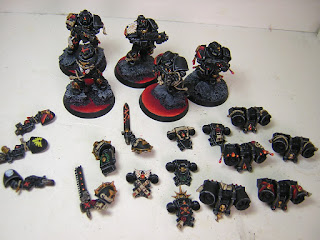 These are all the new(er) plastic box and the models are just fantastic.   This gives me 20 of them now, 10 have magnetized jump packs/back packs and 10 are fixed backpacks.  Pretty darn happy with the results.

Posted by Sorien at 2:52 AM No comments: