Stepping up to a more competitive list: Bad Moons/Goffs

After playing the first month or so of the Codex with what I happened to have in my transport - the Evil Sunz - I've decided it's time to take my list up a notch.
I wanted to try out both Skarboyz and Bad Moons Lootas.  Plus the 4++ bad moons warlord trait.

Seems pretty strait forward: upgrade boyz to skarboyz, run them up with the characters while pounding threats from afar with More Dakka/Showoffs-powered Loota fire hiding behind their grot shields.  The wierdboy will always take Warpath and sometimes I'll upgrade to a warphead for Fists of Gork.
Posted by Sorien at 12:00 AM No comments:

I'm going to call this build done.  Can't see much of the Viper but it's there!  Still have to figure out a base as GW does not sell the 150mm base separately yet.  There are some acrylic/MDF on eBay so I'll probably order one after the holiday.

It's going to be Evil Sunz to match the Mek on Jetbike I made. 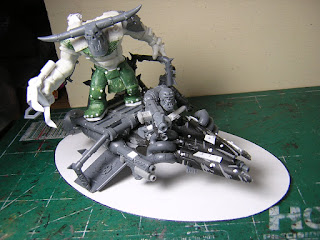 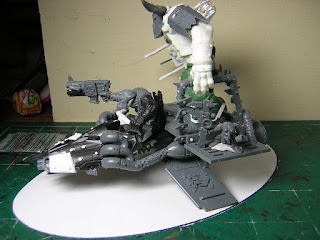 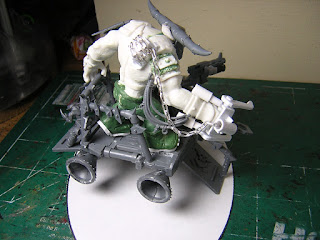 Really happy with the Warboss conversion from the Reaper Bones model.  He's magnetized and I plan on making a 40mm base for him to be on foot if I want.
Posted by Sorien at 2:09 PM No comments: 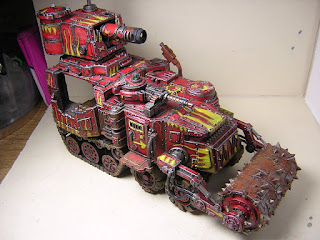 Finished the 'ard case, killkannon and defrolla for the Evil Sunz Battlewagon.

Amazing to me how much different the model is with everything on it.