I had a bunch of good comments on my Dakkajet, and because of some of them I decided to change it a bit.

Added a few Forgeworld Ork brass etch, and broke up the big grey areas with the same recessed rivets used on the patch panels.  It really worked out, and made everything look better. 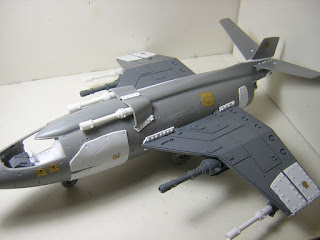 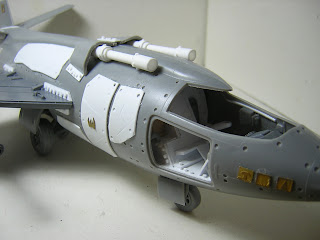 Posted by Sorien at 6:00 PM No comments:

Not much to say, except I'm very happy with the final product. 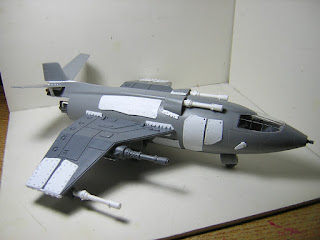 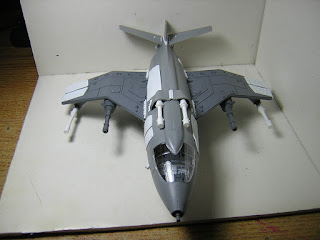 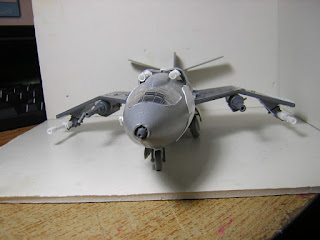 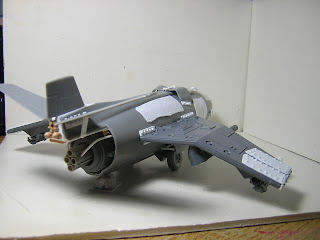 I'm really liking the top-mounted guns and using recessed rivets on the patch panels is a nice effect and nice change of pace.
Posted by Sorien at 1:46 AM No comments:

Did a lot of work on the wings tonight.  Started with cutting off the hover jets and covering up the holes with plates.  After that mounted and converted up the guns before finally getting them on the body. 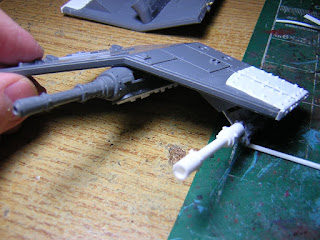 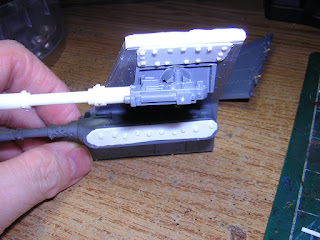 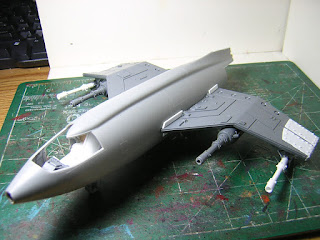 I also put the landing gear down.  The reason for that will be revealed soon.
Posted by Sorien at 8:39 AM No comments:

More work on the Dakkajet

Mounted the cockpit and front landing gear wheel well.  Looking great. Lots of reinforcement to make sure the cockpit stays in place. 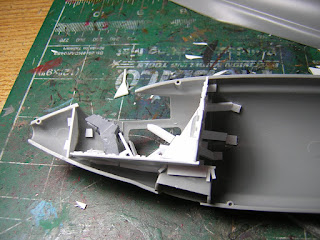 After putting the body together, blocked off the tail and mounted the engine. Random crap to make it look more mechanical. This area will get more detail after all the current work cures. 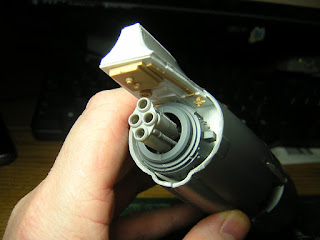 This has so far, been a whole hell of a lot of work, but I love the results so far.
Posted by Sorien at 4:46 AM No comments:

In case you missed my video showing the build I'm working on, here it is:


I've put aside the Savage Orcs for now and have dived right in.  First step was to re-size the body to fit my vision. Cut the tail off, and the tip of the nose. 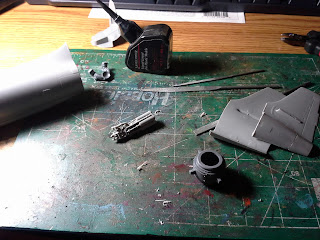 After fighting with trying to get an Ork in Chuck's seat, I scrapped the stock cockpit piece and started building my own.  Test fit on this pic, position looking good! 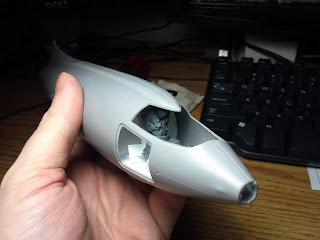 And after much more work here is the completed cockpit. Using arms from ..well I'm not sure where the left arm comes from, a control panel from the Valkyrie kit, and some bits from the X-1 kit, it works perfectly. 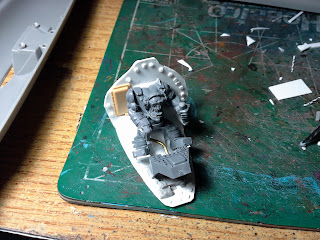 Pretty good progress IMO.  Need to get the engine sorted out next. I really like the look of the dakkajet that has the tail extending out over the exhaust, so I'm going to try for that same idea here.

That's it for now, tomorrow is game night!
Posted by Sorien at 3:17 AM No comments:

Not much has been going on other then painting Savage Orcs.  Last two weeks I've played my mobile Tau list and so far it's pretty good. The suits put out a lot more firepower then I was anticipating and Longstrike..well.just freaking awesome.

Anyway just an update pic on the Savage Orcs.  They need to be done by end of June. 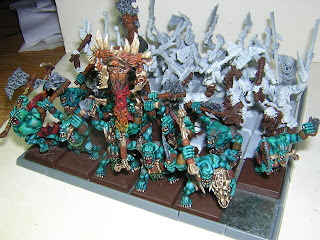 I still want to jump on the Dakkajet project but can't stop working on these guys. I am in the process of doing 4 more which will be the front 3 ranks done. Once I get there, I 'm going to force myself to stop and work on the X-1.

So that's about it.  More stuff coming soon, if I can put the paint brush down.
Posted by Sorien at 4:08 AM No comments:

As promised, here is a mobile list I came up with that completely lacks any static units.  First to go was the Aegis, then the Fireblade.   Every unit in this list is either in a transport, jet pack (and thus can deepstrike) or outflank.  It you're playing a highly aggressive (demons) or mid-range shooty army (grey knights) it should work out great forcing your opponent to split his forces. The closest thing to static is the Skyray.

There are a couple things I'd like to do, for example give the missile suits skyfire.

I still want to get 1-2 Riptides. I would replace all 3 units of crisis suits with 2 riptides if I had them.

That's is. Highly mobile, very flexible deployment options, and still has decent firepower thanks to the multiple weapon faq for the crisis suits.
Posted by Sorien at 2:07 PM No comments: