This model wasn't made to fit on a bike, and I had to hack off the legs and apron to get it to fit.

I still need to do some greenstuff work but it fits and looks great. 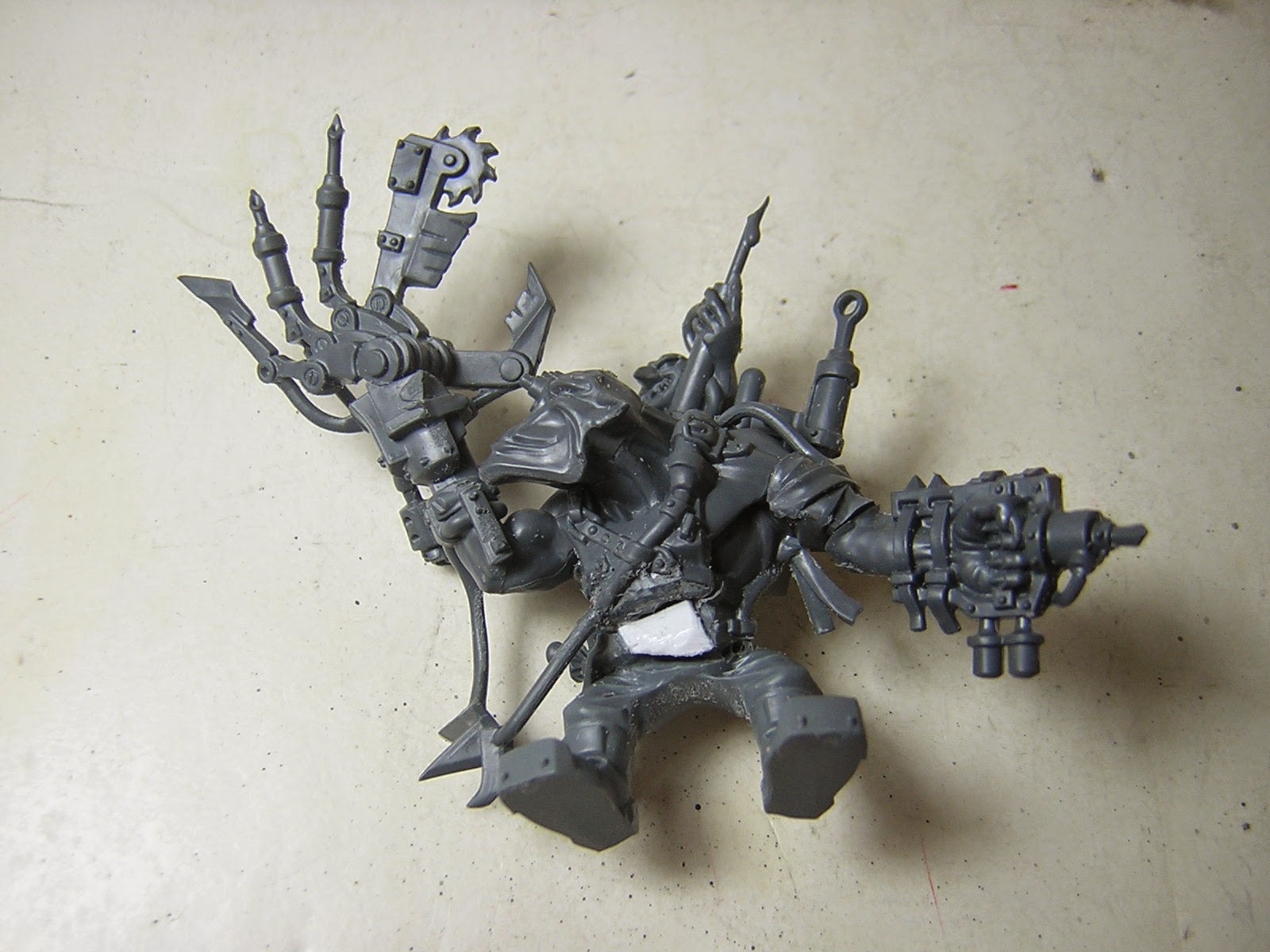 I turned the right arm a bit to clear the guns, and the rest of the model is untouched.

I've been working on stuff, just have not been posting much about it.

I painted up a pair of Iron Priests on Thunderwolves and an Imperial Fists Librarian on bike for commission, but didn't take any pics.

I've also picked up 6 more Meganobz and been working on those. 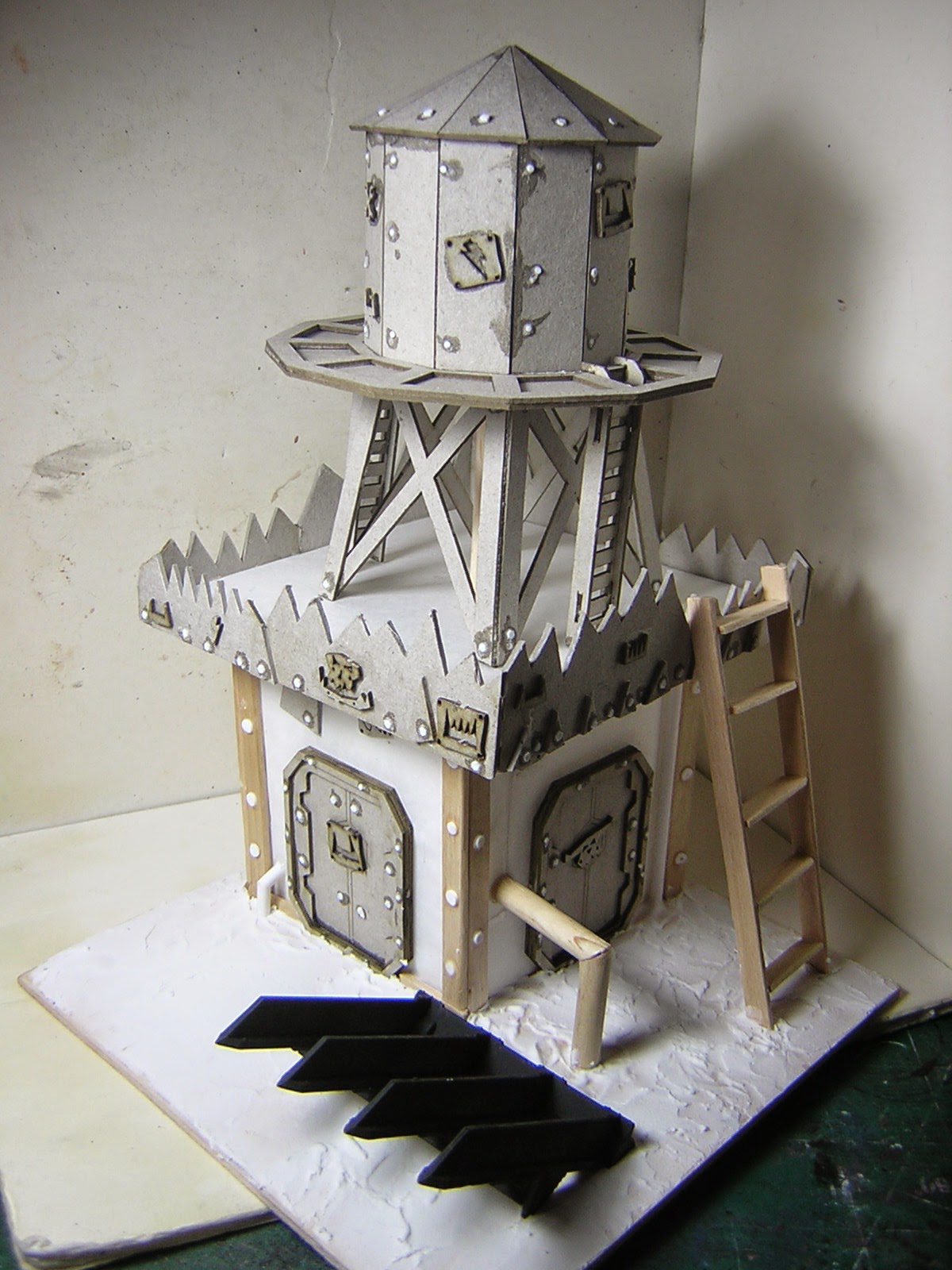 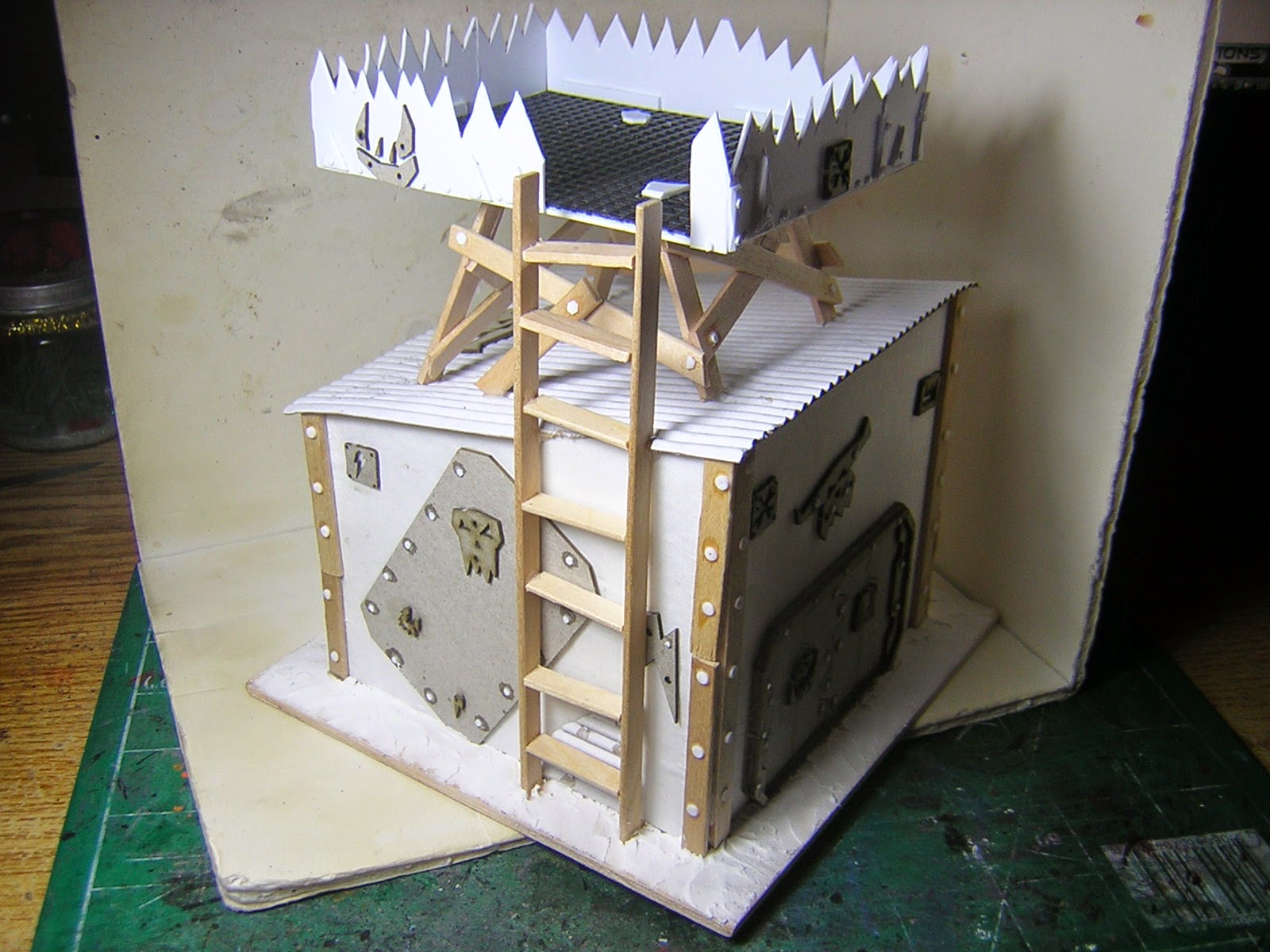 I have about 3 weeks to finish these and only took a few days to build.  Primer and paint soon.

Anyway I promise not to neglect the blog so much.

Posted by Sorien at 1:17 AM No comments:

LVO/BAO style list, or how to attack your local meta.

I have a ITC tournament coming up in May, and I finally found an Ork list I think can take on my local meta.

This isn't an all-comers list, but an anti-fucking-Knight list.  There are a lot more Knights around then just about anything else.

I have some work to do, mainly I still need 7 Meganobz but I think it will work for almost everything. I'll have trouble against multiple Helldrakes.

No, it's not a lot of models. No, it's not exactly what I want to play.  But it is alot of survivability, speed and hitting power.   I did pretty well in my last attempt with meganobz and boys, but I also had lootas and tracktor cannons.  I might have problems with multiple Dreadknights with the Ap4 flamer, but against knight titans I should do very well.  rock, paper, scissors of 40k..
Posted by Sorien at 10:16 PM No comments: