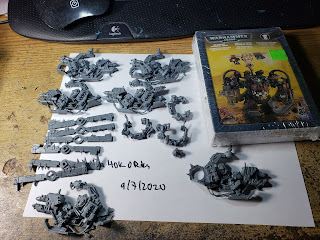 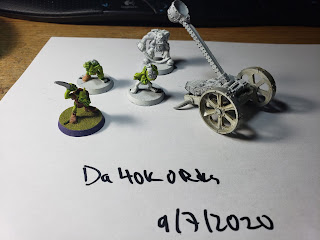 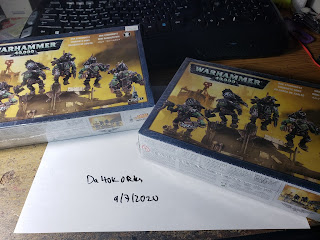 Posted by Sorien at 2:53 PM No comments: 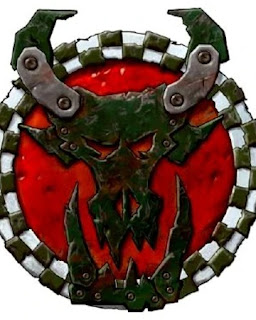 Planning on making an army to sell out of my new models.

I don't want to invest much more so I'm limited to what I have.

The main thing that is missing is Mek Gunz.  If I can get some printed I'll add them in later.

Right now I plan on added a Deffkilla Wartrike and then I have to convert up the HQ's out of Black Reach Nobz.

Posted by Sorien at 9:19 PM No comments: 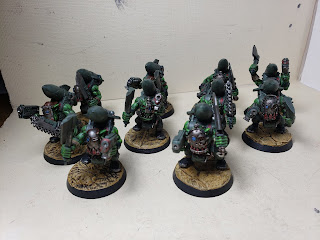 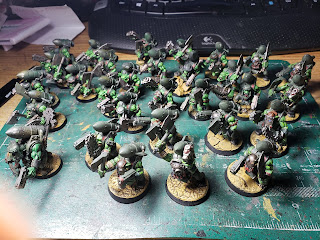 Stay home orders have me looking for projects.  I've had these models sitting on the table for a while, after stripping. Plus I had a brand new set I bought about a year ago.

I had bought Kromlech punk heads but they are too big for the boys.  I did another old project, replacing the incorrect heads on my Kommandos with the proper gas mask heads and used the iron heads for these.

I only had 20 completed so I took 10 of the models and finished them up to get a full unit.  Now it's time to re-base the other 20.  They don't need any refurbishment just bases.

after going through the 20 they have a bunch of cool bases, including resin, I'll re-purpose for some of the crappy bases I have on my Grots.

I'll probably also replace the Nob's metal arms with plastic. That's something I frequently do.  It saves weight and makes the nob more stable... especially on 32mm bases. And maybe a punk head.

I still need to finish painting the warkopta but not sure exactly how I'll attack it yet. 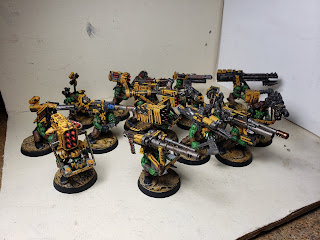 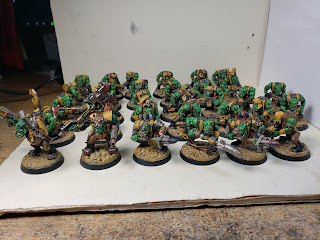 Posted by Sorien at 4:34 AM No comments: 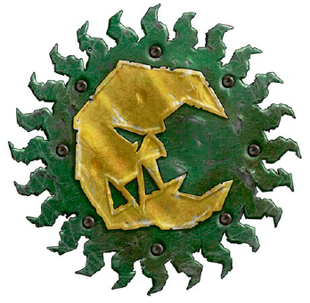 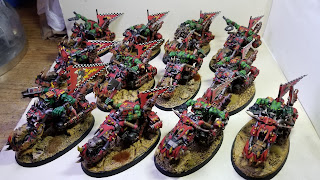 Trying out some freebooterz lootas 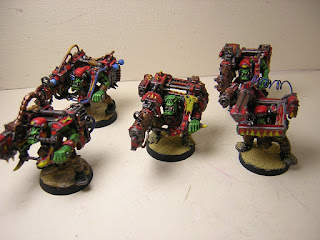 I am going to try replacing a couple buggies with lootas in my freebootaz list.  I decided on the Shokkumps had to go.  This might move around after some playing.

Sure, Lootas are usually bad moons to use Showin' Off, but I want to see what happens when lootas hit on 4+

***Yes I know there is technically no dataslate for this unit, so I'm using index Big Mek

I would also like to try this exact list as Bad Moonz, just to see what happens.
Posted by Sorien at 1:15 AM No comments: