My FLGS finally started the Kill Team organized play and of course I brought out my Kromlech Grot Warlord to lead my team.  That plus a Grot commander is the cheesiest play ever!

So far the team is 2-2 and only lost one guy who had to get replaced.  Both losses were to mission rules and not getting killed so I'm pretty happy about that.  Team has yet to break!
Posted by Sorien at 10:54 PM No comments:

While very impatiently waiting for something to happen in #orktober, I finished my Hellblasters.

working on the primaris apothecary next.

I might just get my Dark Angels finished before the codex after all... 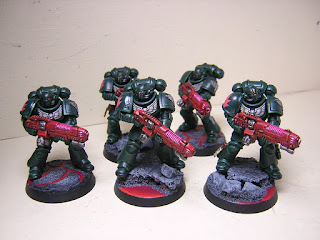 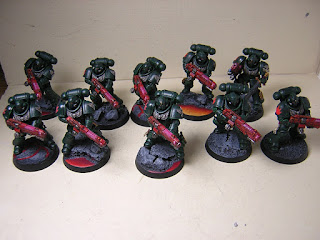 Posted by Sorien at 9:07 AM No comments: