Over the last couple of weeks I've been slowing working.   Just having fun and doing other things for the holidays and my new upcoming job.

I didn't feel like paining much so I pulled out all the Tau and Necron models I bought last February  and put them all together.  Magnetized everything on the Ghostkeel and I'm deciding on magnetizing the whip coils or not - they are not yet glued on. 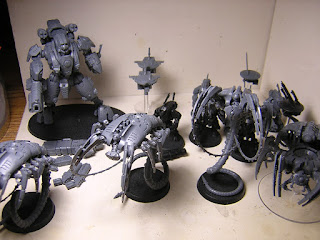 I've also got myself some deals from my FLGS. Picked up a set of DV bikes for $10 and then these metal Plaguemarines for just $14.  They will be rebased in 32mm to match my Ork and Chaos armies, and I will repaint the plasma pink. 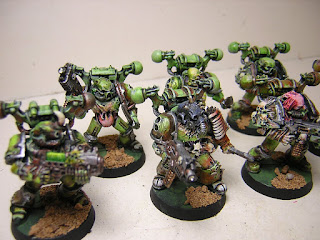 But when I do paint it's been slow and steady progress on the Stealth Suits. I've just not been very motivated so far. 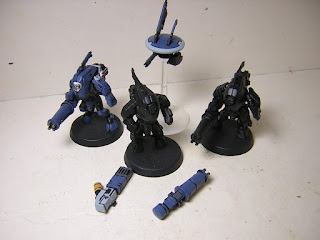 Right now my previous choices of the next army build might add one more option: Deathguard.  Maybe not a full army, but a more competitive version to supplement with some Orky goodness.  We'll see.