On the bench: next project up!

Finished the Nobs, dived into the next project. 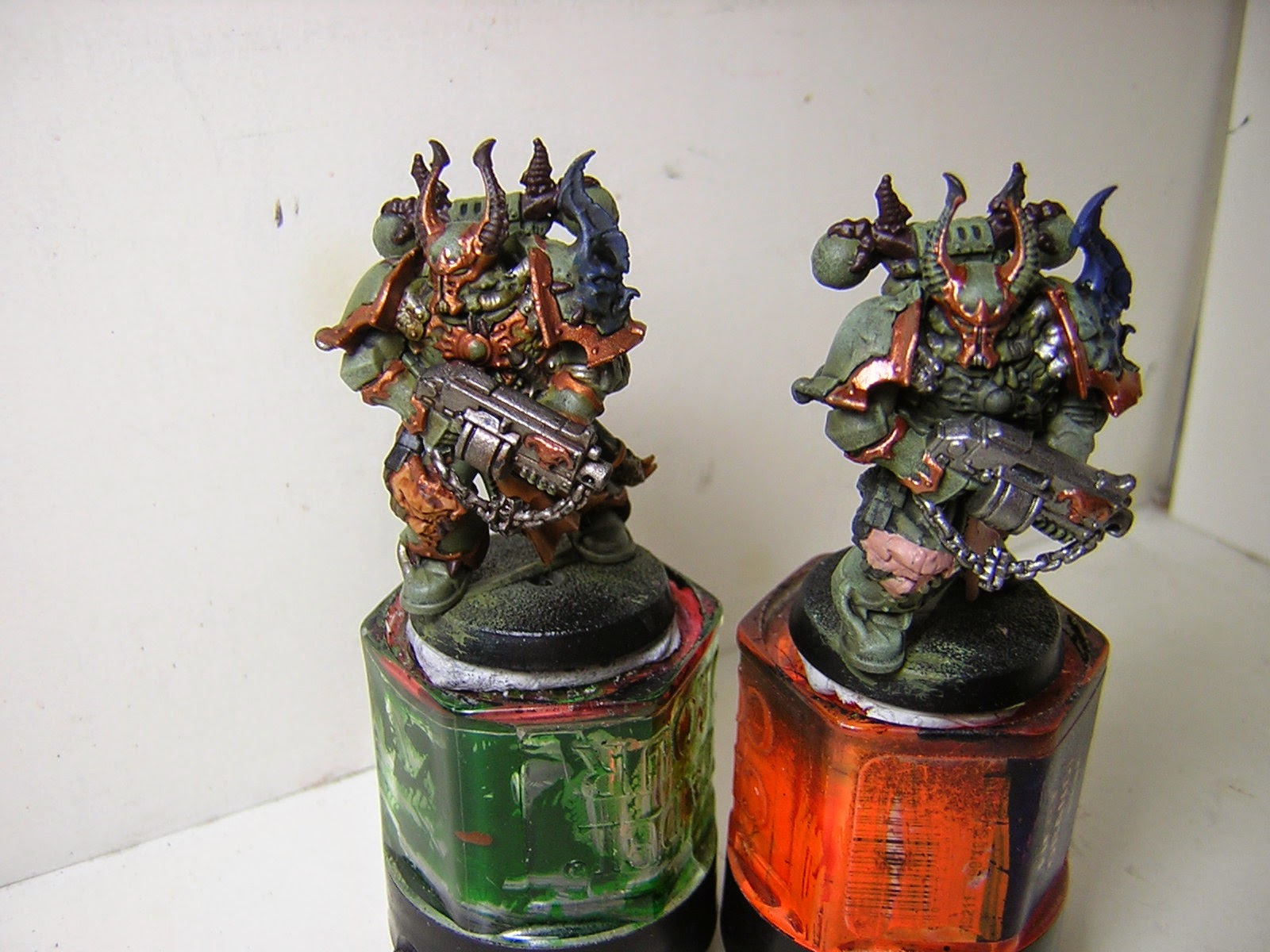 I have a full set of the Chaos models from Dark Vengeance, all of which are assembled and primed. But otherwise forgotten. Until now.

I did the chaos lord as Slaanesh but abandoned that idea as unworkable, instead going with the much better option of Nurgle.  These are the test models, kinda. I did do a bunch of Nurgle bikes on commission last year so I'm just following what I did there for the most part.

These guys might also factor into some Book of the Beast videos soon..