In order to make a normal squad of Plague Marines I need to do some work on a couple of the models. While the bolter and power fist guys are fine as-is, the guy with the axe and the lightning claw guy just wouldn't work.

Also, the guy with the cloak seems to be more of a character then trooper.

So I went with converting the cloak guy into a HQ, with the main idea being a sorcerer with a force axe. I guess he could double as a lord as well. 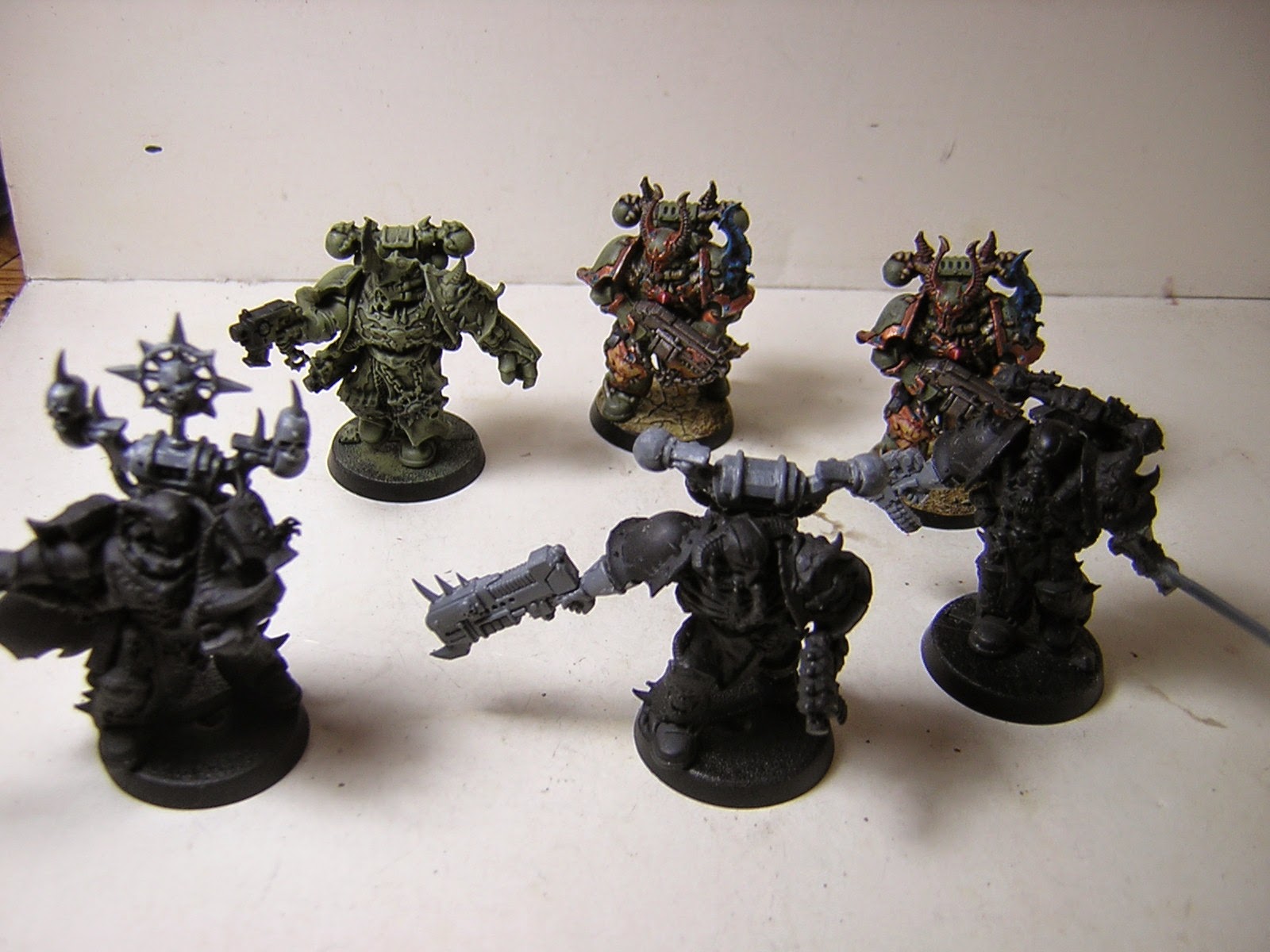 I took the axe and moved it over to the guy with the cloak, and then gave him an ornate backpack. Perfect, easy.  The guy that had the axe, had his hand chopped off and then I made magnetized plasma/melta options for him.  Also a regular backpack without a bolter attached. 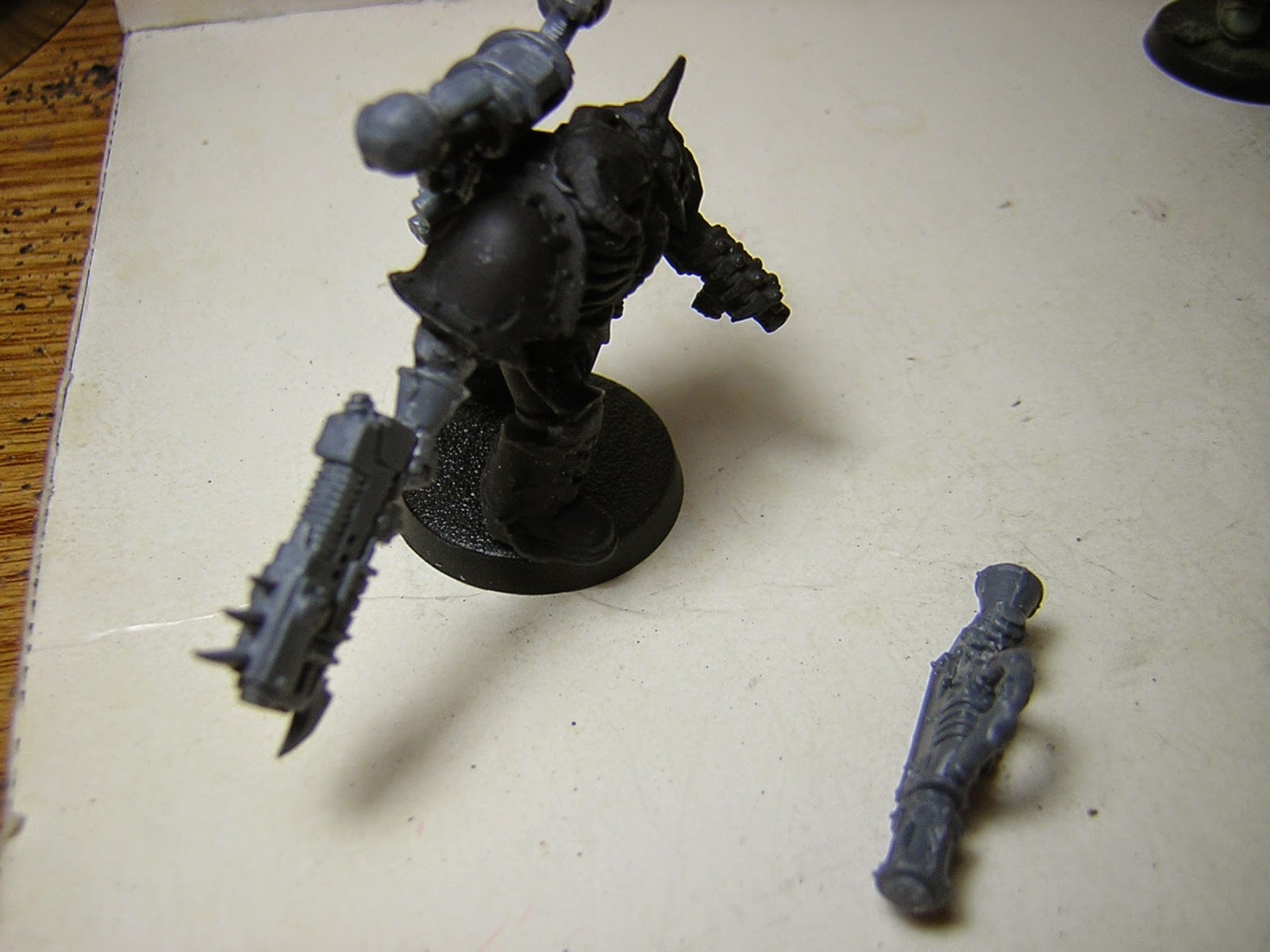 I had to completely cut off the lightning claws, and had to use a tiny bit of greenstuff to fill a gap that came up. Then I gave him a bolt pistol and plague knife (a trimmed down power sword). 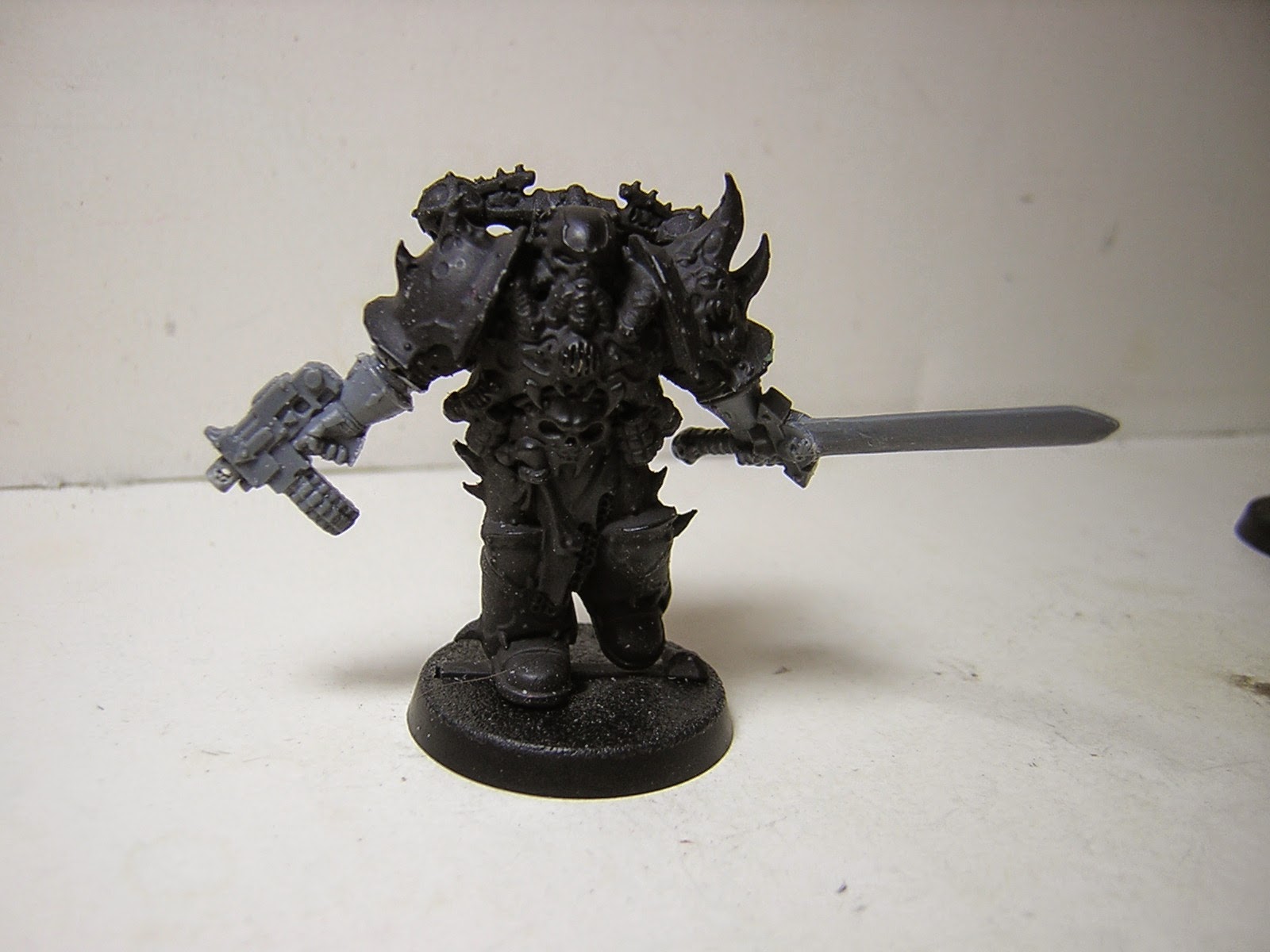 So now I have a playable unit of WYSIWYG Plague Marines along with another character to replace the now sold-off Kranon who was painted as Slaanesh.

Not a bad bit of work, very happy with how everything came out.
Posted by Sorien at 4:38 AM