What? A whole week?

Ugh it's been a whole week for a post? wow I'm slacking.  Not just here either!

Lots have been going on, that's for sure. First I was approved into the miniwargaming partner program beta, and have already made a new video just for MWG.  We'll see how that works out over time.

Wednesday was open play instead of a league night because of the holiday, so I got in a 2k game with my Orcs & Goblins.  I wasn't too impressed with the Orc Shaman, maybe because I'm too use to magic mushrooms.  Talk about an amazing ability!!! A couple of dice rolls went against me, resulting in a complete tabling of the Orcs vs my cousins tomb kings. Not much to say about the game, manglers and bad moon ripped stuff up, but failing a re-rolled LD8 stubborn test with my big'uns really turned the game against me.

I've had a few real-life things get in the way. Mostly thanksgiving of course, but also spent some time trying to fix my PVR/Bedroom tv and getting some stuff on ebay. Meh.  It's ok I was kinda burned out on painting anyway.

What spare time I have had, I used on my Jeep project over at SMA.  It's coming along nicely, and It's quite the change of pace from wargamming stuff. 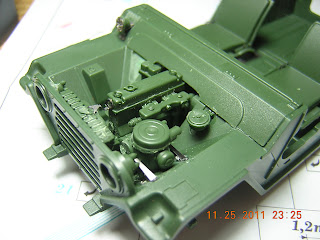 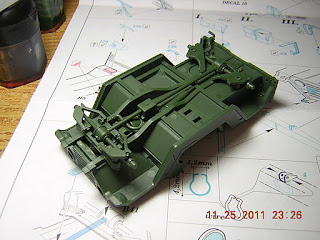 So ya that's about it. I've been working on the last 2 guys for my big block of 2 hand weapon Orcs and on the second chariot. I hope to get both done before Sunday, I'll be painting during the Civil War..Go Ducks!
Posted by Sorien at 4:57 AM