I went out to my FLGS and their inventory reduction sale, but didn't have much to spend. I looked around and found exactly what I hoped to find: the Sternguard weapons set.

There was a lot of poo-pooing the bits when they came out, and I can see why especially with the combi-plasma.  The rest of it though, seems just fine to me.

I wanted a heavy flamer in my squad and was planning on buying a Sternguard box, because I want Sternguard, and using the heavy flamer out of that.  I might still do so for my other tactical squad, but for now this bit works fine.  It does take a bit of work but using a set of bolter hands and repositioning the fingers on the grip worked out just fine.  I'm darn happy with it.

I also wanted the combi-flamer and combi-melta for the sergeant.  Using plasma pistols from the Death Company kit that didn't take long.

Doing all this means more work for me however lol, as now I have another marine to paint. At least the rest of the squad is just about done.

I will probably pick up another drop pod, and 2 of them if I get the Sternguard as well.  That will give me a lot of drop options. 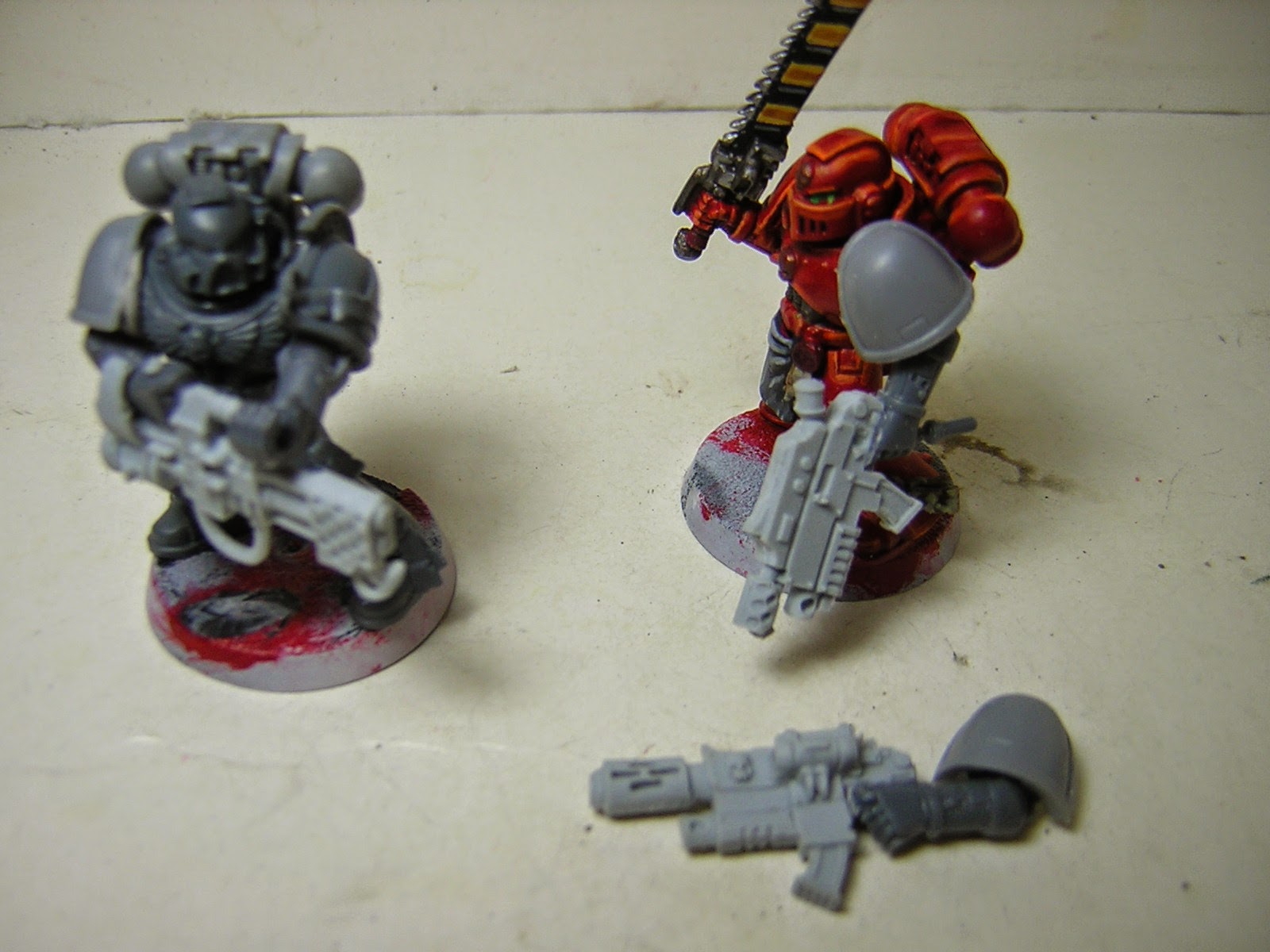