I'm going to be building and painting my cousin's Ork biker army. He came up with the idea of the blue skin, which I used on my Orcs & Goblins army, and he wants on his Ork army.

he's had the models for years, just sitting around, and finally wants them done.  Unlike my previous commissions which were paint only, these all came on the sprue.

I've built 12 of them so far, mixing in some choppas and sluggas from the Boys box for a bit of variety.

The contrast between the black armor and the light blue skin I think is just amazing. It's only a work in progress, but really only some detailing and a second layer on the skin is left. I chipped up the edges of the armor, but did it pre-wash. I think it needs to be done post-wash for a bit more brightness. I'll fix that.  I'm also not sold on the red belt on the rider. Lastly, I need a much lighter blue for the skin layer, I don't want to have to mix paints like I did with my Orcs.  The only GW one is an edge paint, and that might work if I didn't have to order it.  I'll see what my FLGS has from Vallejo and Badger. 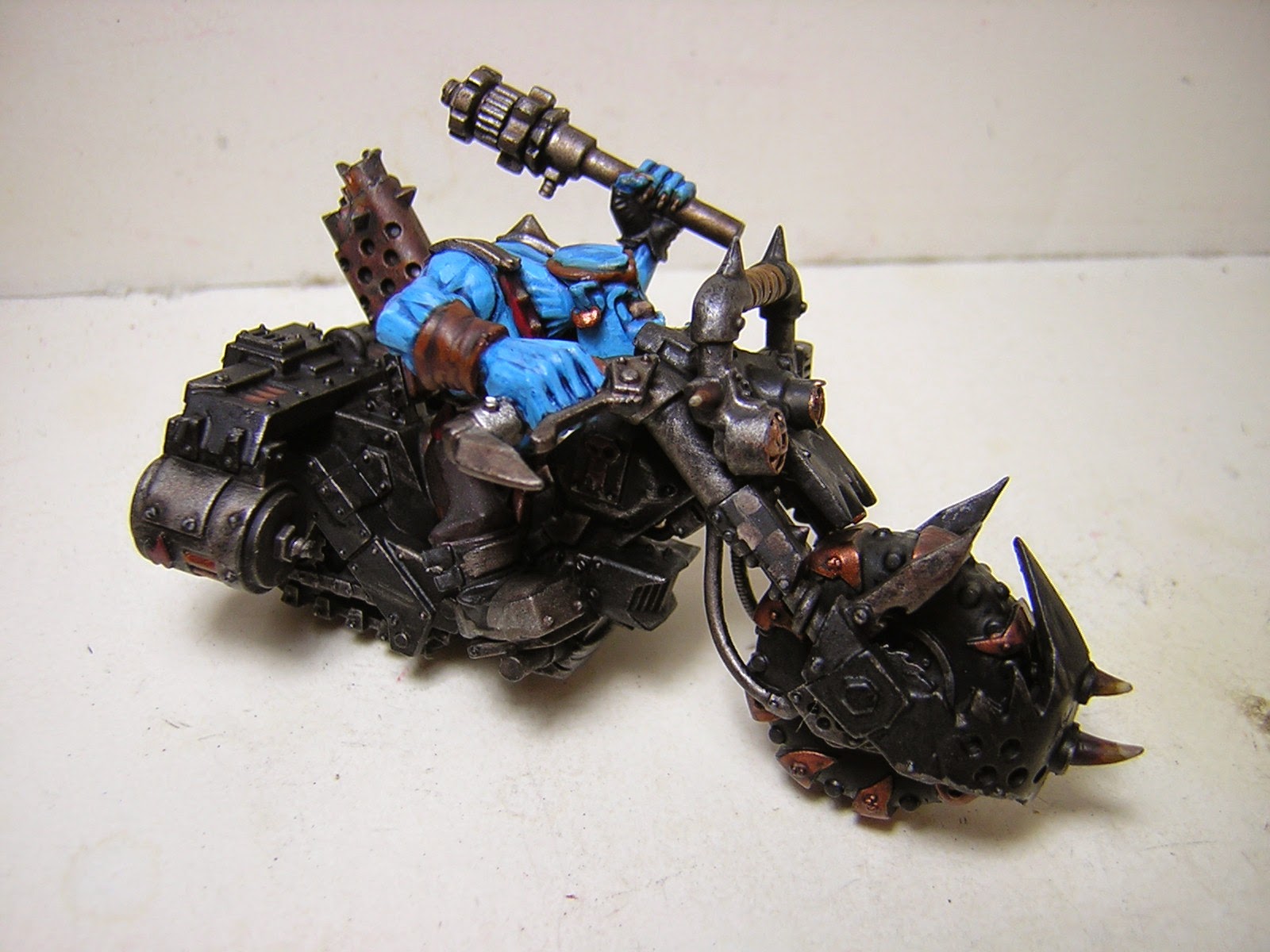 I'm also steadily working on my Death Company models. But I really have not wanted to work on them much so building and painting the Ork bikers has been on the bench more then they have.

Anyway, that's it for tonight. Later!
Posted by Sorien at 2:58 AM