I know the Tau codex has been out a while, but I've only been able to get a riptide a couple months ago, and now I've finally finished painting it.

I just went with the same color scheme as the rest of my Tau of course, doing it similar to my Crisis suits.  I did do the edge highlighting, which is something my first round (which is a vast majority of the army) did not get.  Someday if I care I'll go back and touch-up/highlight/varnish my army.  Today is not that day.

This is such an awesome model.  It does take quite a bit of work to paint though, being so large. I don't know what I'm gong to do when I run out of Fenris Grey though.. 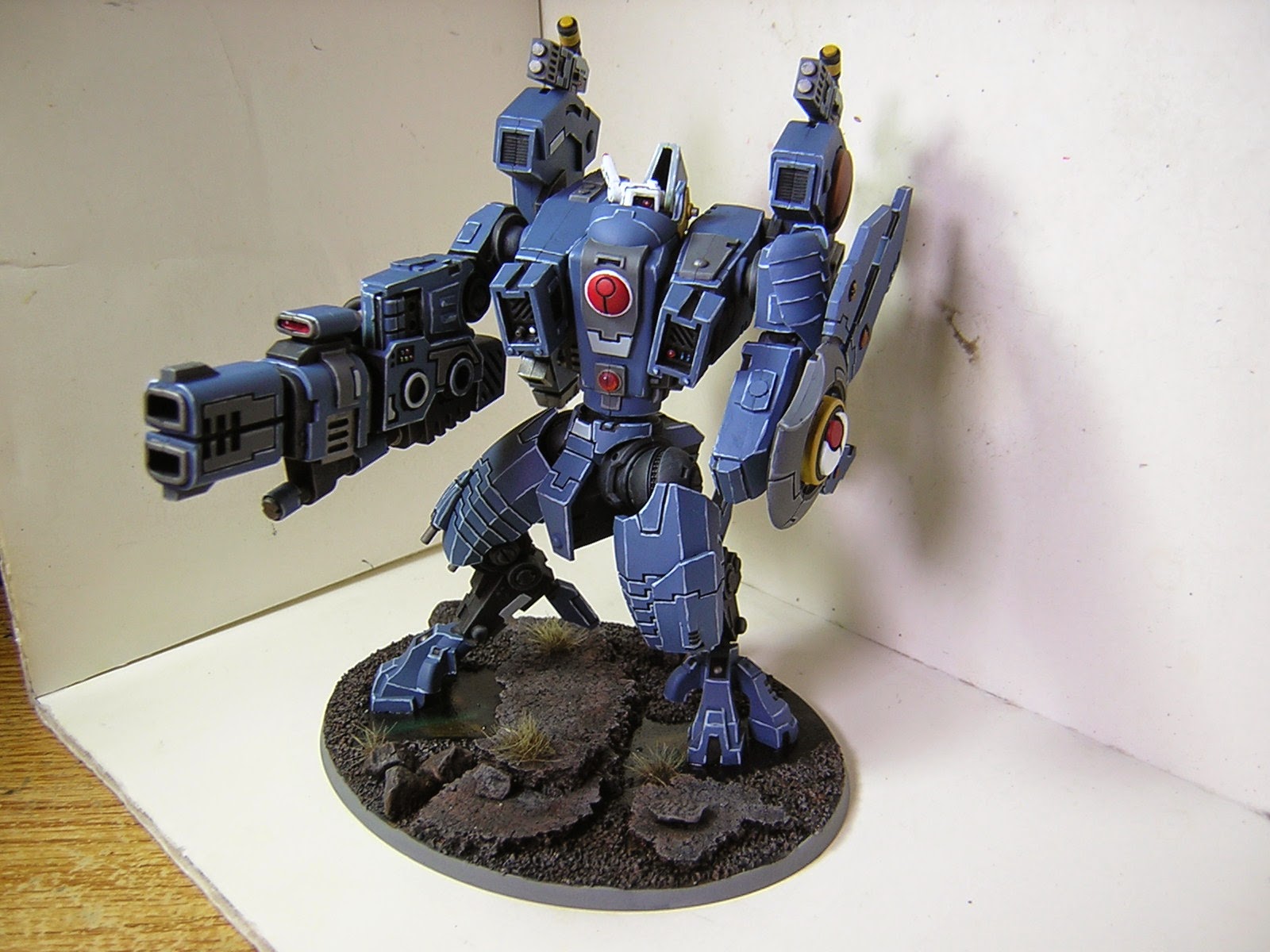 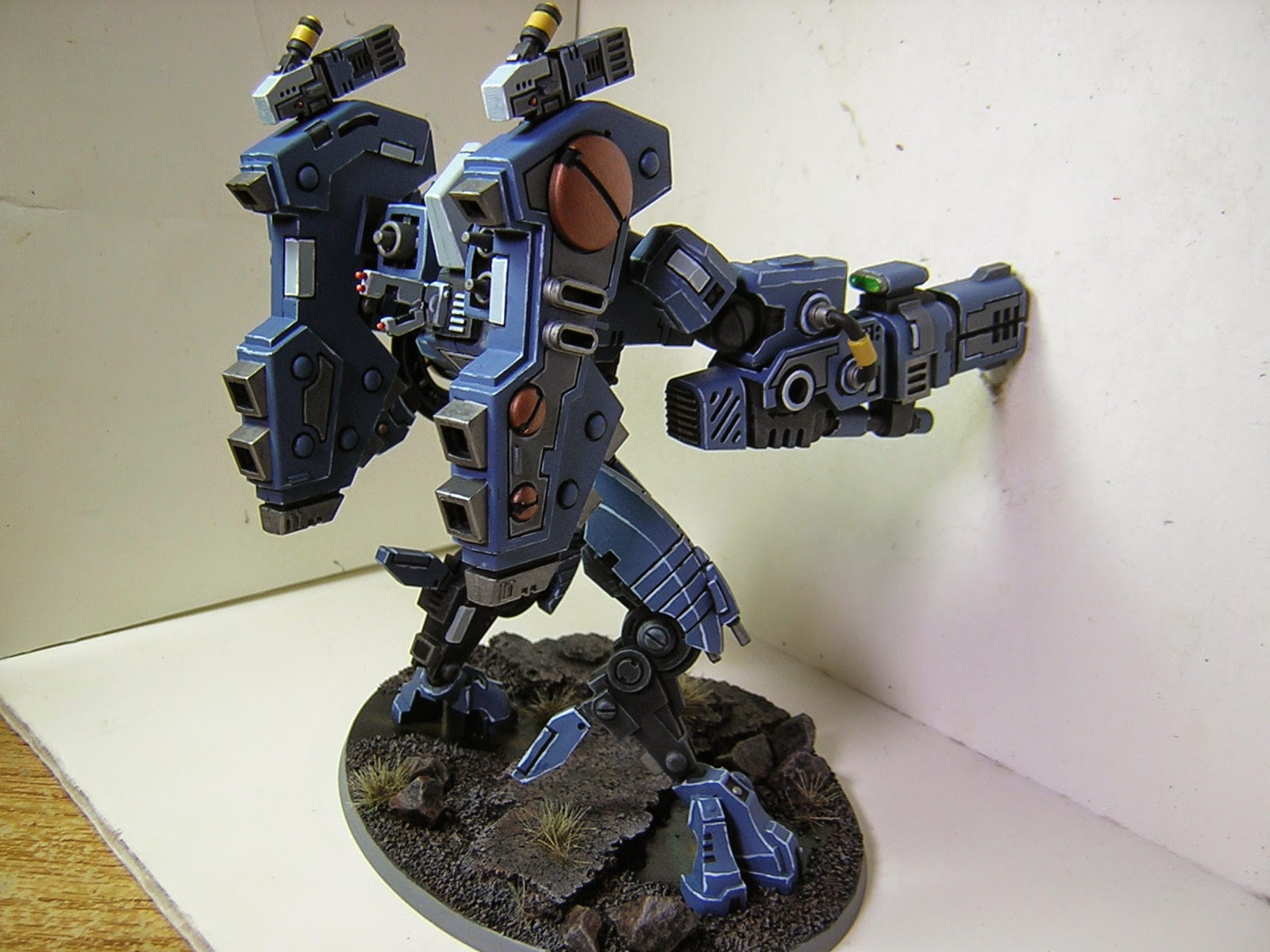 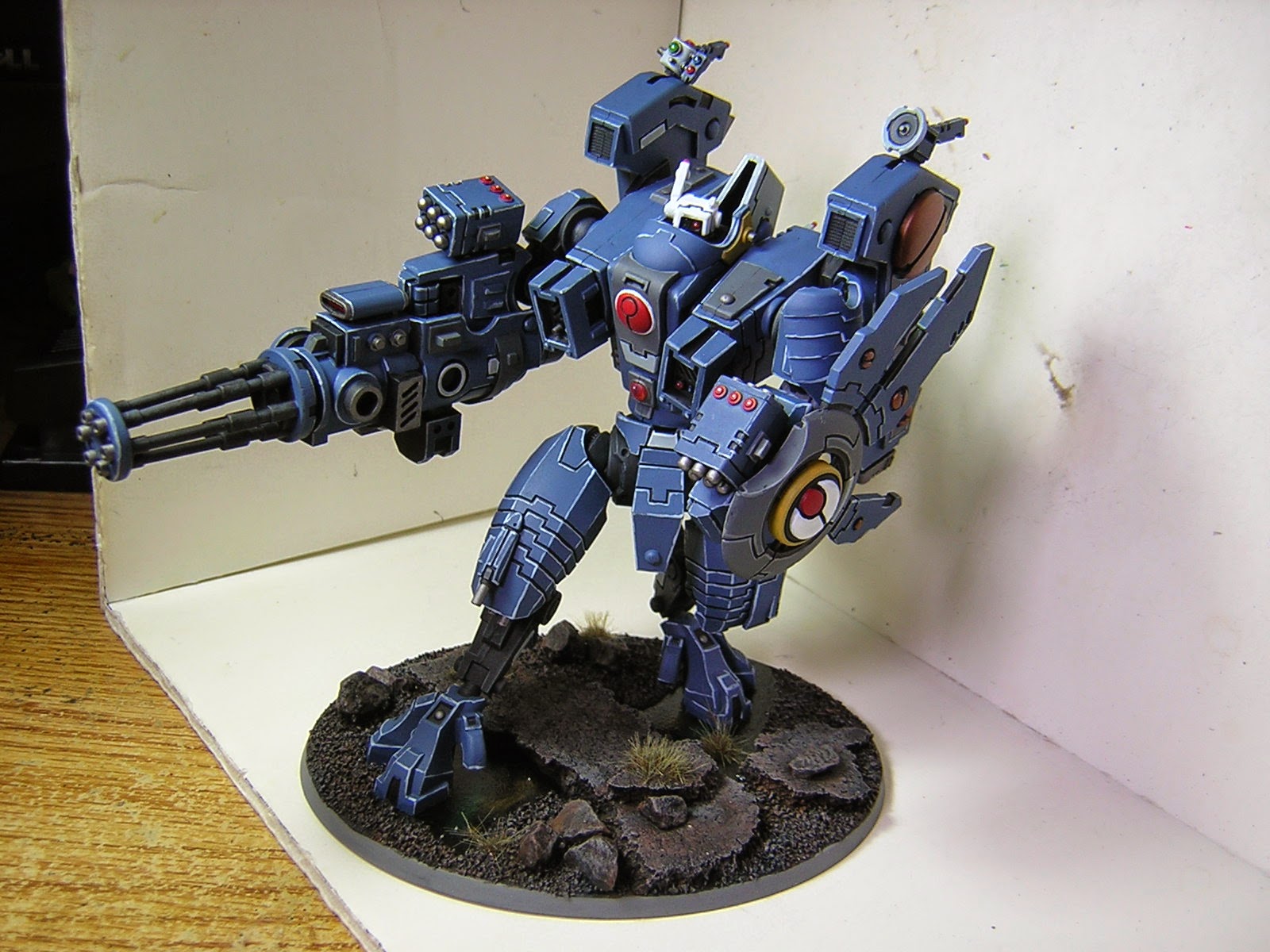 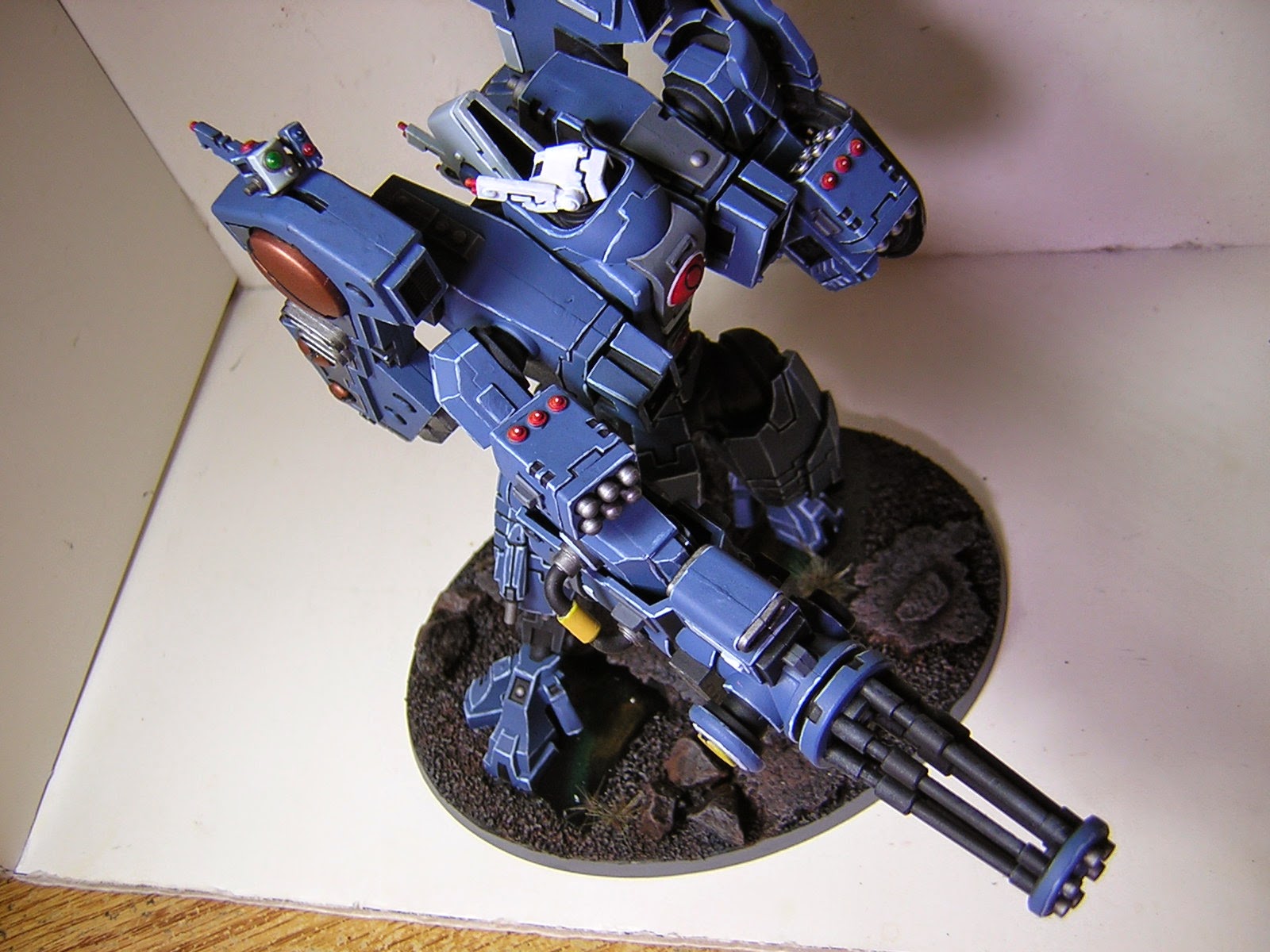 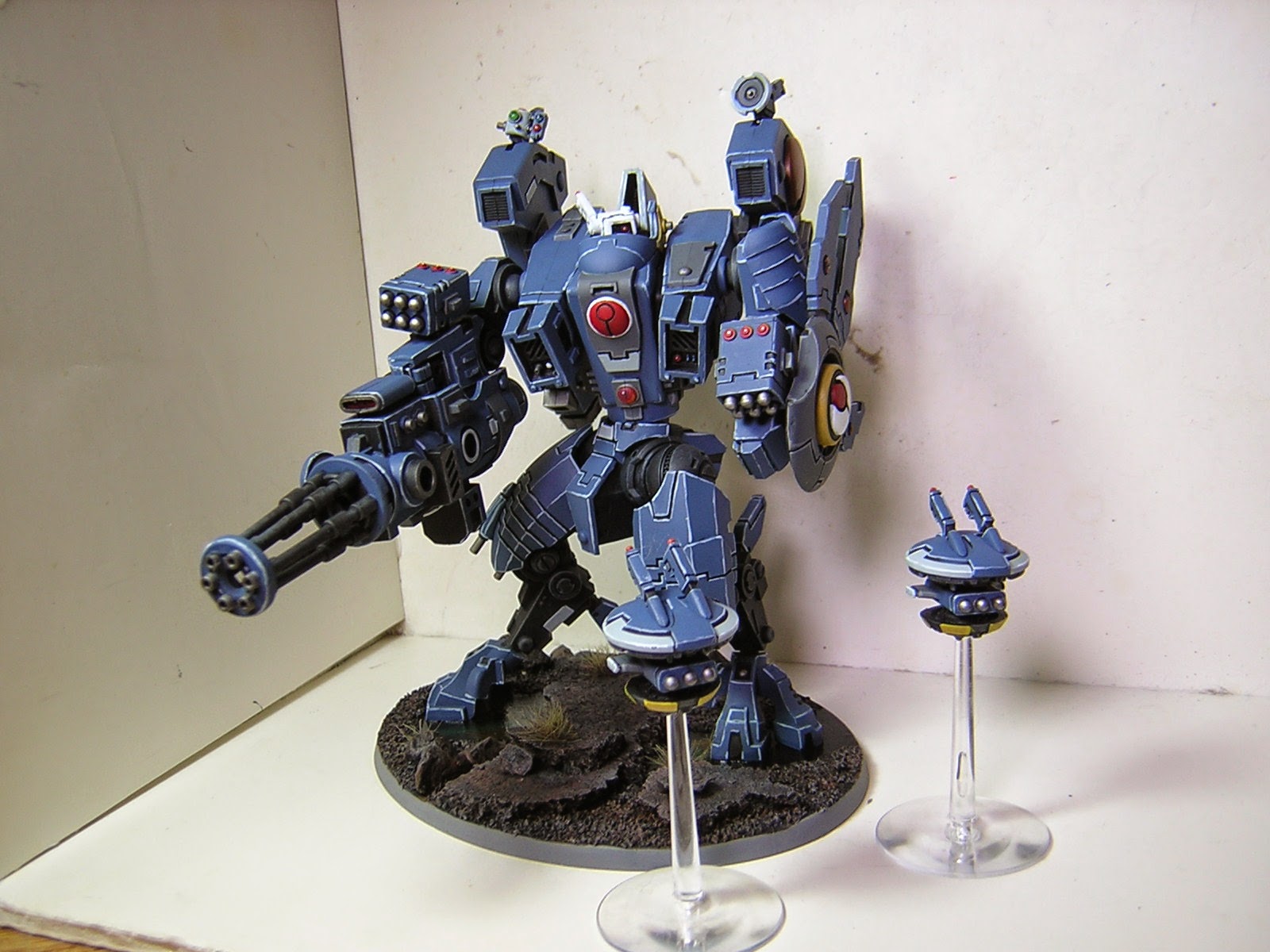 On to the next project!  I plan on finally painting up my Longstrike next.  Then it will be time to come up with something for Mek Guns.
Posted by Sorien at 11:48 PM