So after pouring over the Kill Team rules, I think I've come up with a good starting point. 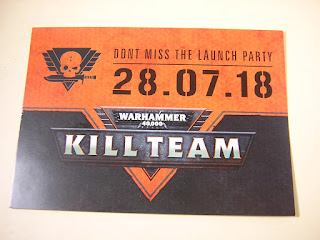 
Notes:
-Having a nob as leader sounds like a bad idea, because you will want them up front and in the enemy's face. Not worth losing the extra command point
-Grots are there for grot shield.
-Comms spec is going to be very important to orks, with the tactic to get the -1 to nerve tests, and giving a loota +1 to hit
-Kombi-skorcha with demo will almost always wound on 2+
-I don't see needing heavy spec anywhere.

I have yet to play but hopefully soon!
Posted by Sorien at 5:01 PM