Time for the next iteration of my Tau.  I picked up a couple ideas from watching other people play and decided to try them out myself. 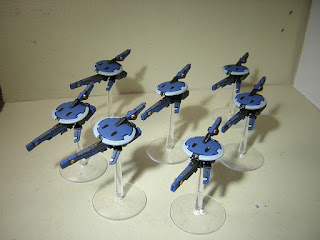 The key is the Sa'Cea sept, where each unit can re-roll a single failed to-hit each turn.  I first saw this with railheads - with a single shot each that's a pretty good deal.  I am going to try it out with Sniper drones and Firesight Marksman. Add in a drone controller now the snipers are hitting on 3+ with a re-roll.  Same with the marksman - only one shot each with the markerlight.

Of course I'm keeping the Broadsides as Bork'An.