The Inner Circle and Apoc at GW store.

I decided to give a go at The Inner Circle competition GW is doing.

Last Saturday I spent the day at the store playing in the first event, an apoc game.  Well it wasn't really Apoc, but really just a large game of 40k.  I took my Orks, in the Decurion with a Stompa.  I was allied with AdMech, against losts of (mostly 30k) Space Wolves.  I added mine up to 3500pts, but points weren't really used, so, ya. 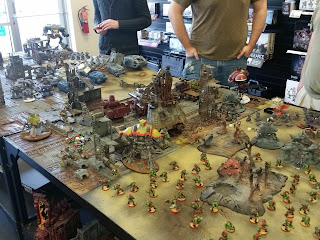 Luckily we got first turn and I ran everything right up 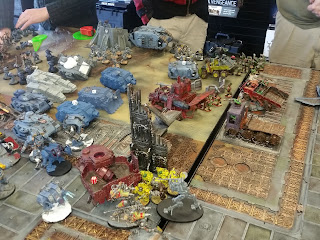 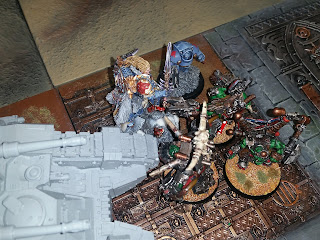 So after much death, it came down to Ghazzy vs Leman Russ himself.  It was basically a slap fight with 2++ saves all around.  until... 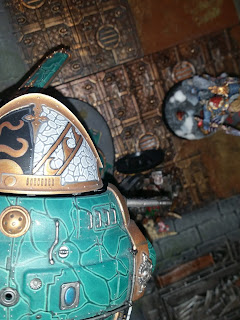 Anyway I will be doing Dark Angels for the Inner Circle, and I have quite a bit of painting to do in the next 3 months to get up to 18 units. If I don't, well, I'll lose points!

In progress: 1 (or 2) units of Tactical Marines

Plus a display board.

Looks like the first half of this year is all Dark Angels.

I also sold my Medusa Strike Force on ebay.  Time to pack the BA away for a long time...
Posted by Sorien at 12:36 AM