A good deal is hard to pass up, which is what these guys were. Just $10.  I cut off the plasma and magnetized the options of Melta, plasma and Grav. 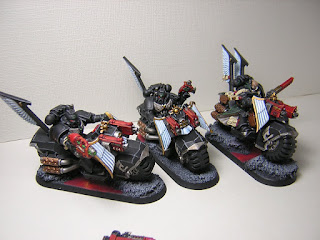 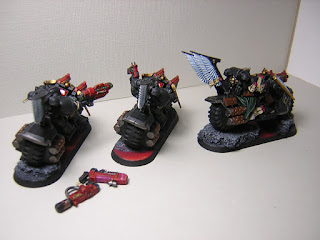 Which brings me to the next subject, my 2017 army plans. I've scratched the Lion's Blade off the list. I do plan on getting a Dark Vengeance set which will give me plenty of DA models and between that, the models I already have, and a Devastator squad out of the 2 I have that should be plenty.

Right now I'm leaning towards the Iron Angels Gladius as a competitive army, mainly because it won't take much at all to finish it with the new armored assault boxes.  It's also a completely different play style to what I've been playing (all death star, all the time) unlike say, the Space Wolves.

But I'm not ruling out Knights as well.   Tau is still a contender but I won't be able to afford to do both Tau and a gladius.  I still have about a month to figure it out.
Posted by Sorien at 11:09 PM