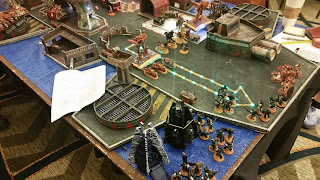 I built the helicarrier for a reason, a local club tournament that is one of the biggest deals around here, OFCC.  They also have a nice table competition and the Helicarrier blew everyone away landing me the prize of Fabricator General for the 2nd year in a row. It was the talk of the con.   Really can't complain about that!

Every one that played on it said it was great for gaming, with plenty enough and varied enough terrain.  Most people also made up their own special rules! Can you believe that?~?  It also survived the 9-10 games with only 1 gun barrel being broken off the gun. How's that for durability?

Anyway some pics of people playing their games on it. 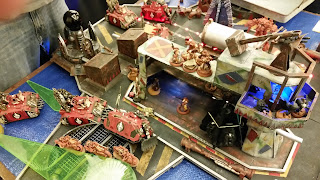 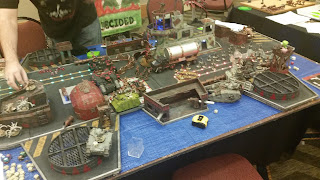 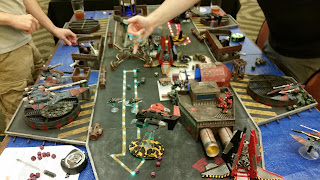 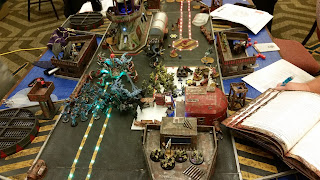 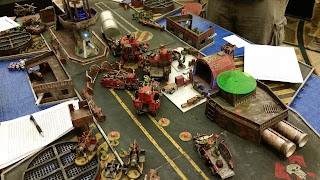