Headed out to Red Castle Games tonight for 40k, where I played a 1500pt game of my Tau/Wolves vs Orks...as someone's first game of 40k.

After I finished that, a bunch of Warmahordes guys came by and I was able to find someone to play against. Glad I finally started taking my models with me!

It was quite fun. Spent a lot of time trying to figure how to make thing work, and I had some hot dice that allowed eHaley to solo a heavy warjack! Ended up dying in the end but only things left on the table where Haley, the other warcaster and another solo.  Lots of turns, learned a lot. Maybe I should read the rule book :)

-Hunter. I really liked using him to flank around back and put some shots out. Even though he lost his cortex early, he was still annoying enough to force my opponent to spend some time killing it. I'd like to have 2 or 3 for larger games.
-Lancer. Used it's attacks to quickly take out cortex points. Really helps limit the damage other jacks can do.
-Charger. That gun is great, combined with Haley's spells it can put out the hurt.
-Domination.  WOW. That's all I have to say about that.  Combined with the re-roll you get from the squire it's great fun.

I really wish I could get more models. I don't have much heavy hitting in the stuff I have now but being able to sneak around for back shots and taking out a cortex or two does help make up for it.  Overall eHaley and the models I've picked really play into my passive-aggressive style of miniature wargames..the same thing I've been playing in 40k for years.


Just a few pics I took here and there. My opponent was great fun, and he said I did very well considering my only experience was youtube videos. 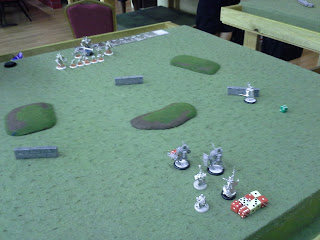 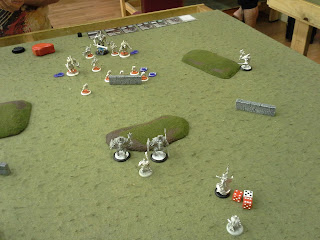 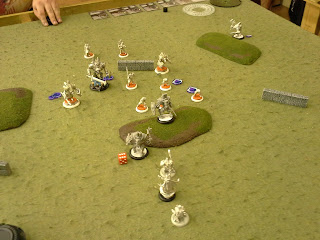 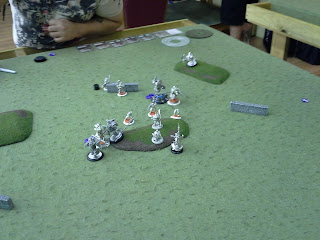 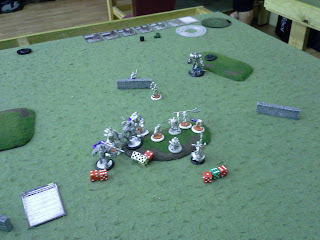 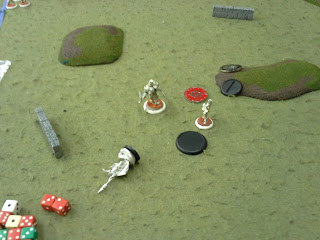