So 2011 is coming to a close, and 2012 is fast approaching.  It's that time again to reflect where you've been and look at the road ahead.

First, I found my camera. It was on my kid's table.  Out in the open.  I'm going blind faster then I thought lol.

I've been working on the last of my black orcs.  Mainly because they are super fast and easy to paint.  I have one left to do, which I will be doing for a tutorial on youtube. 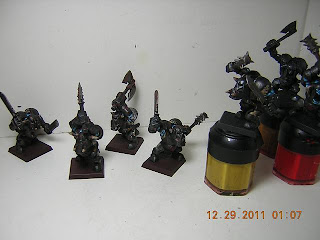 I just need to varnish and base 6 of them.

Also been working on the copter, with the interior painted and glossed, waiting for decals. Also doing some gap filling with GW Liquid GS. 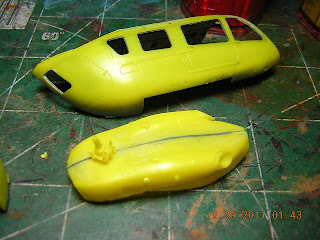 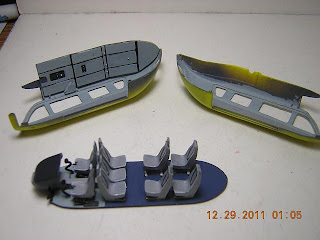 The group build which I'm doing the jeep for is halfway over. Need to bust out the rest of that sometime. Painting it will be pretty easy, everything is olive drab lol. Some washing, some details, some weathering and done.
So that is an update on where I'm at.  I'll be both posting here and making videos about 2011 and 2012 in the next couple of days.
Posted by Sorien at 3:30 AM