Time for some building

Finally finished my assault terminators and priest. I also finally got to use these guys in a game, all they did was take out a tyrannofex before it got to swing, and then a whole lot of gaunts but I can really see the potential of these guys. FNP/Furious Charging assault terminators, who wouldn't want that!?!?? 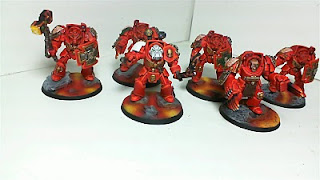 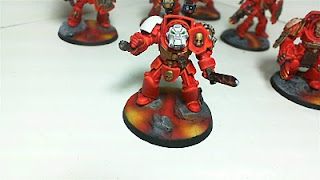 The shoulder pad is blank for now, until I figure out what I want there, and practice doing it.


Getting a bit burned on painting, so doing some assembly. First, built 2 nob bikers with kombi-skorchas, one with a pk one with a big choppa. Yes they are just burnas glued to the side of the bike. But it works!

Then I finally put together my Furioso dreadnought, as a death company dread. Awesome kit.

Next up is a terrain piece...more to come on that! 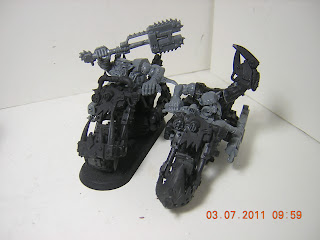 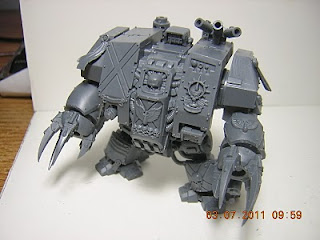