I've been doing a lot of building this last week on my Evil Sunz Army/detachment. It's a project I want simply because I like how the Evil Sunz paint scheme looks, so I'd like to eventually have a whole army (or at least a battalion) of these guys. Plus with the codex at least at the announced stage, I would like to think different detachments of different clans will be a thing.

So far I have 1 trukk, 2 units of boyz and the blasta bommer.  Oh, and Zadsnark.

I am adding a unit of Tankbustas (because I need a 3rd anyway), 5 lootas, a mek w/killsaw, 2 more Trukks and a Wazbom Blastajet. For now. I still need more HQ's though. 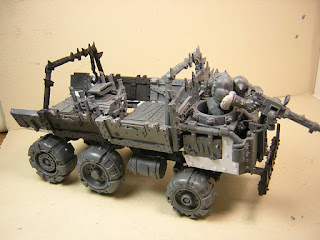 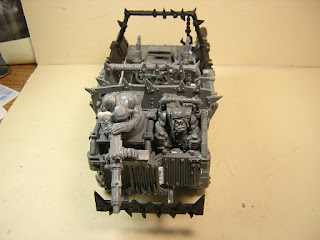 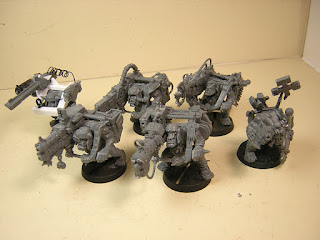 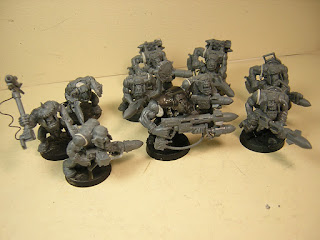