In this case, it's a Bloodthirster. Instead of spending a lot on a GW model, I saw this featured in a video by Catattafish and I loved it.

The model is Rauthuros, Deamon by Reaper in the Bones line.

My FLGS just got in some in their last shipment and I was able to pick one up today. It's just $13! 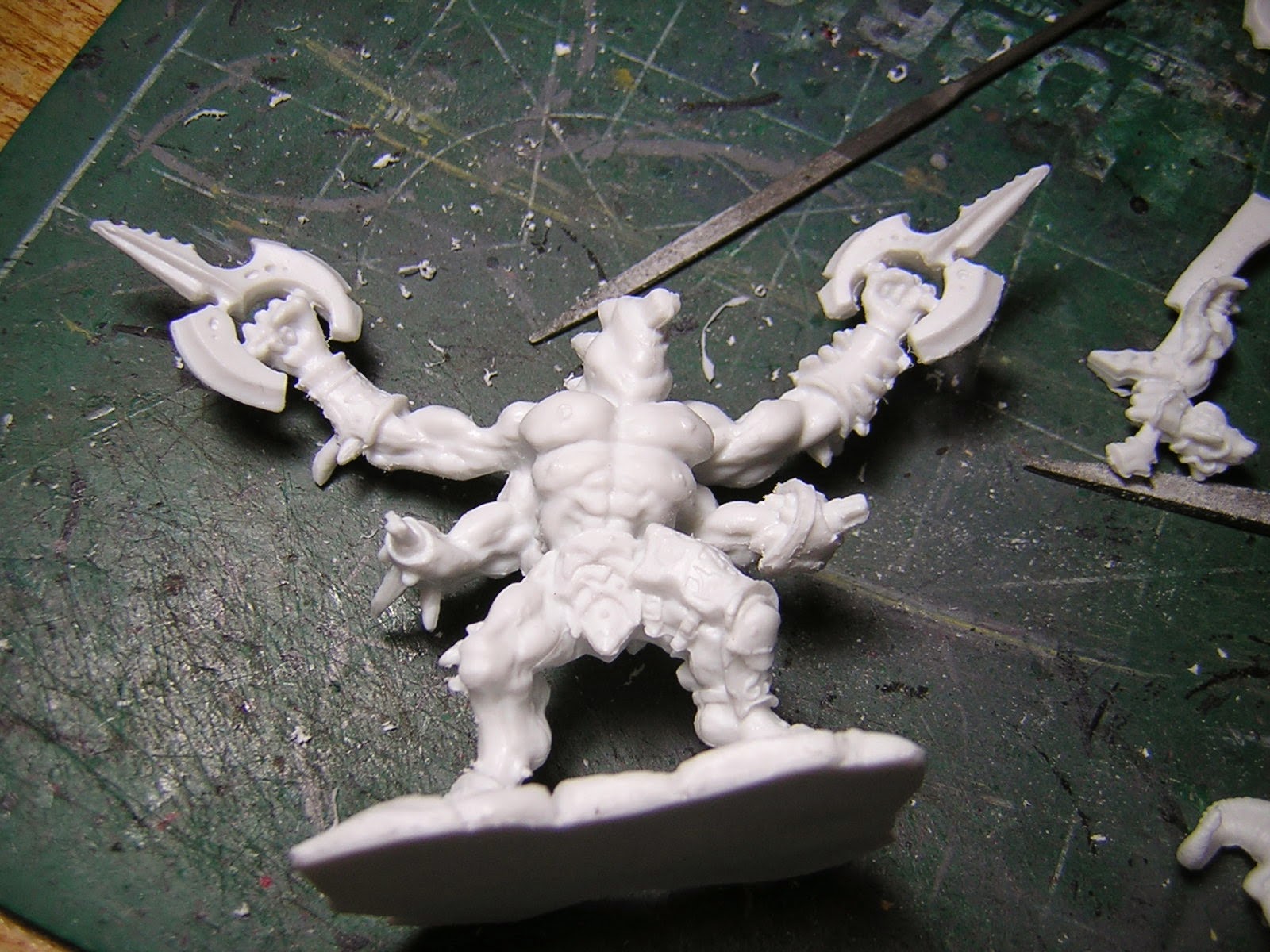 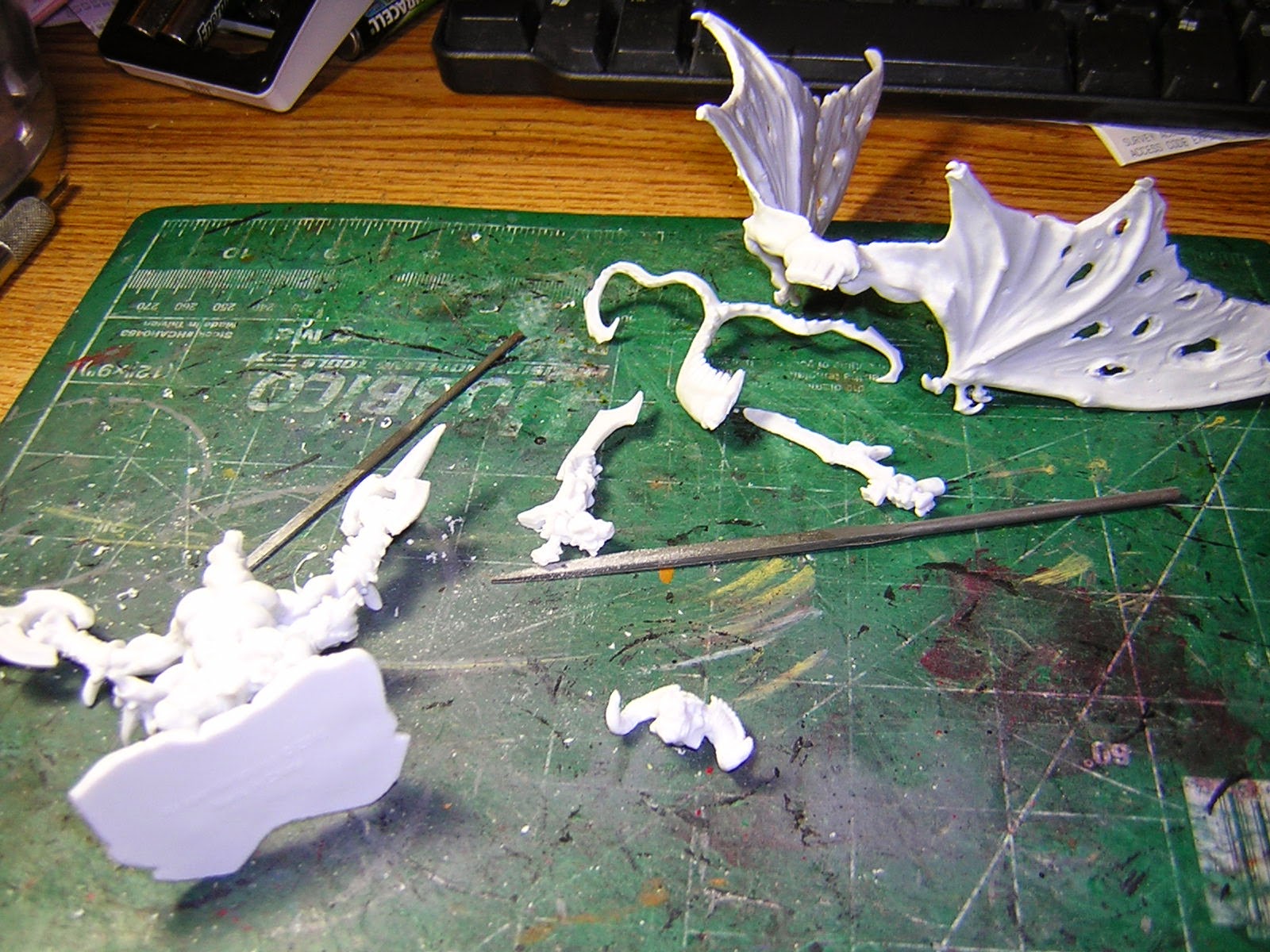 Like all the Bones line it's made from a flexible material which I'm not quite sure what it is..a very cheap form of plastic.  The material makes it not fun to clean mold lines, but other then that they are a SUPER great value. If you are not familiar with the Reaper Bones line, check it out.

Since it is suppose to be summoned by an Ork, I was trying to figure out how to represent that. I could have panted it green but my cousin suggested an Ork head instead of the demon head.  I loved the idea, and went with it.  The head will be painted green and blended into a traditionally Khorne-red Deamon. 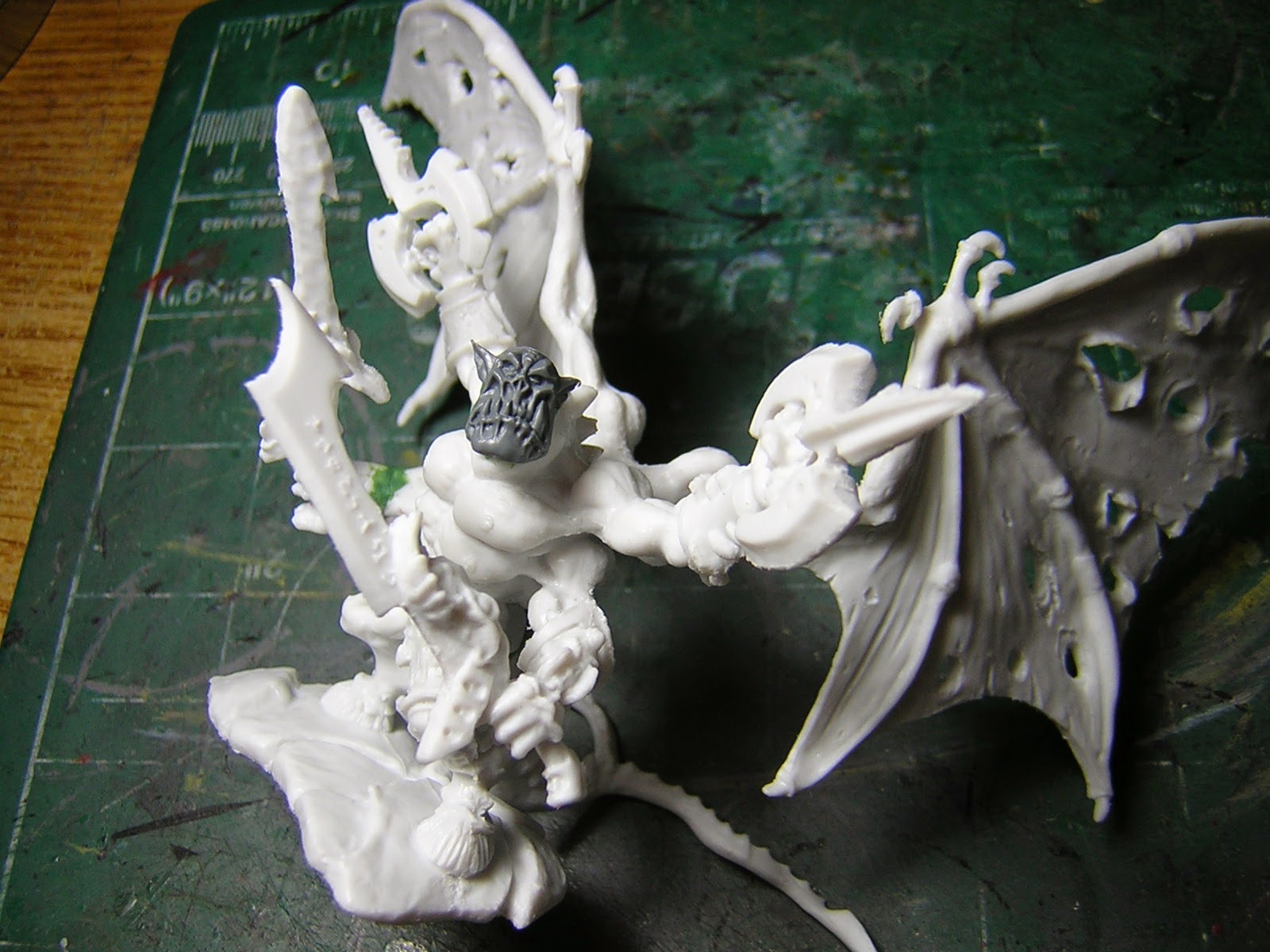 I also plan on magnetizing the wings, but that will wait until all the greenstuff is cured.

This will be the next model in the paint queue, once I finish the base..as it turns out I used all my 60mm based on Broadsides.
Posted by Sorien at 1:08 AM