This one was a LOT more work then the last two, but was totally worth it.

First, I extended the rear frame just enough to hold the third axle.  I then cut the front and middle of the frame to shorten it up.  I carefully spaced the 3rd axle using the leaf springs and drive shaft from the other kit so it was spaced just right.

The biggest issue was the engine, I simply didn't have enough room for it. I butchered it and made it fit into the space I had, so it only just looks like an engine enough to call it good.

The doors were almost an afterthought, and now I'm glad I did. That way I can take the driver out to paint it separately and then glue him in place later.

I decided to leave it a flatbed because I thought it looked cool and that way I can use it for other things..like a flakkatrukk later if I want.

I didn't magnetize anything because I figure the primer and paint in the hinges will keep the doors closed, and the cab does not really need one at all. 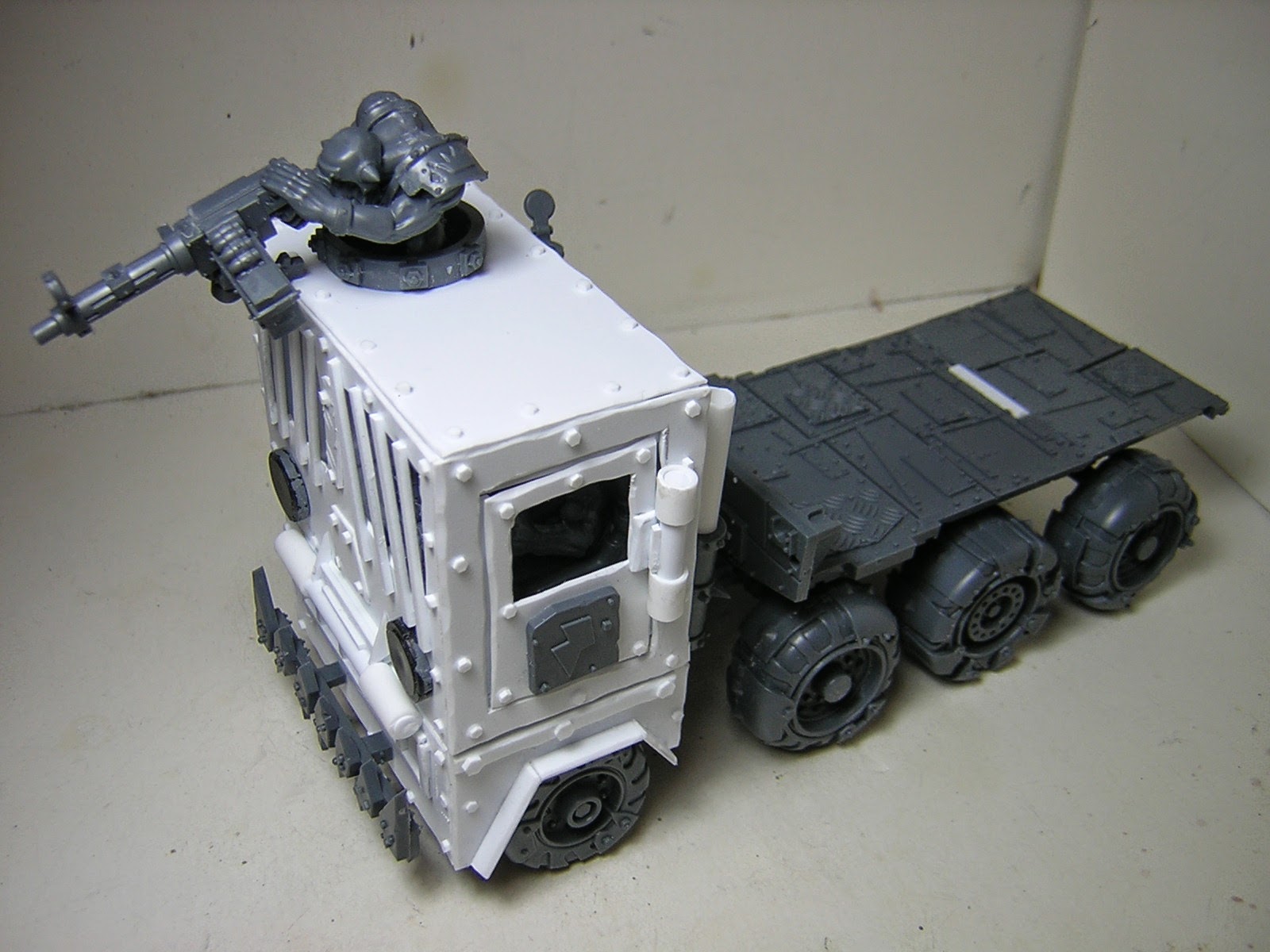 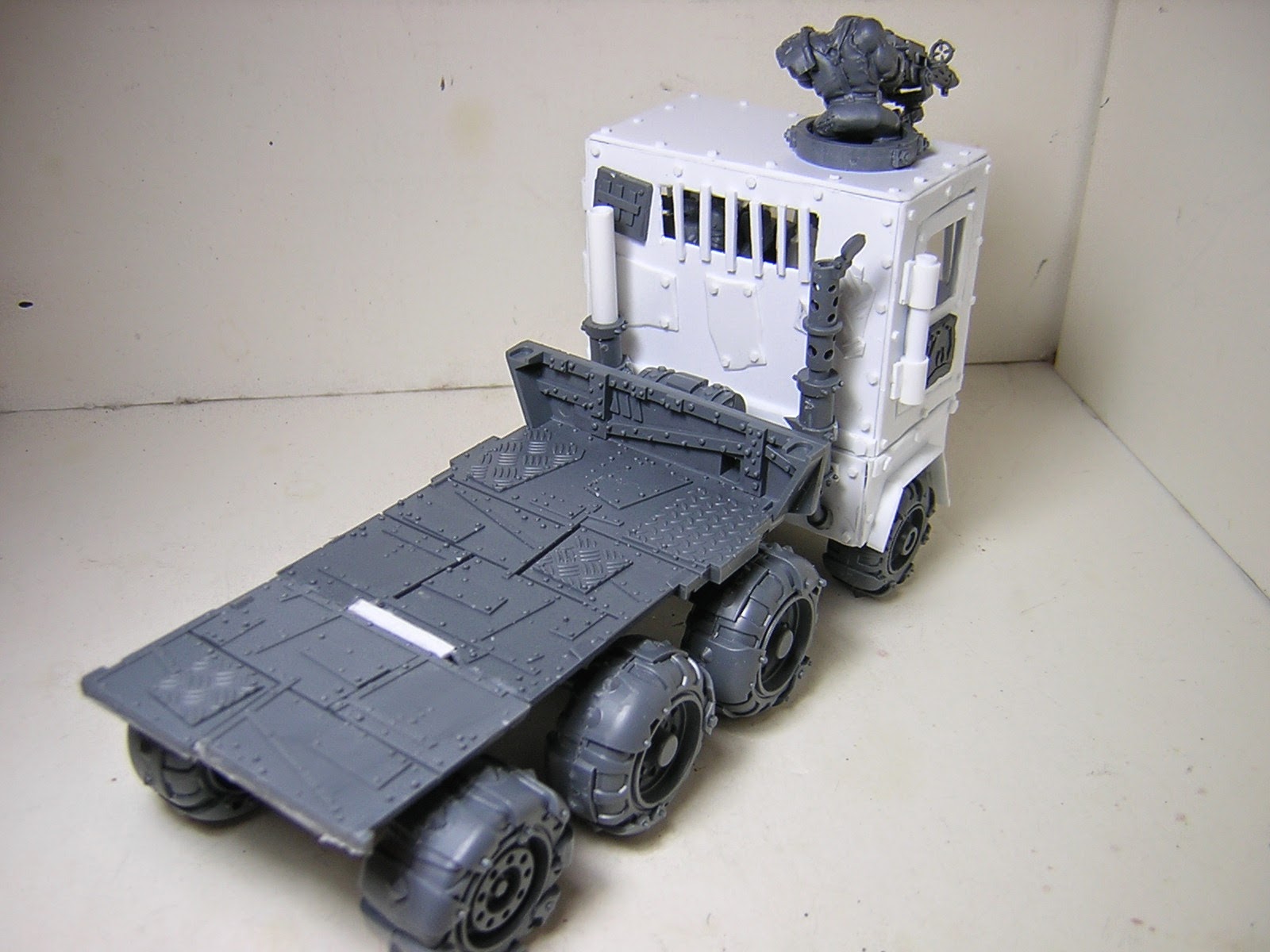 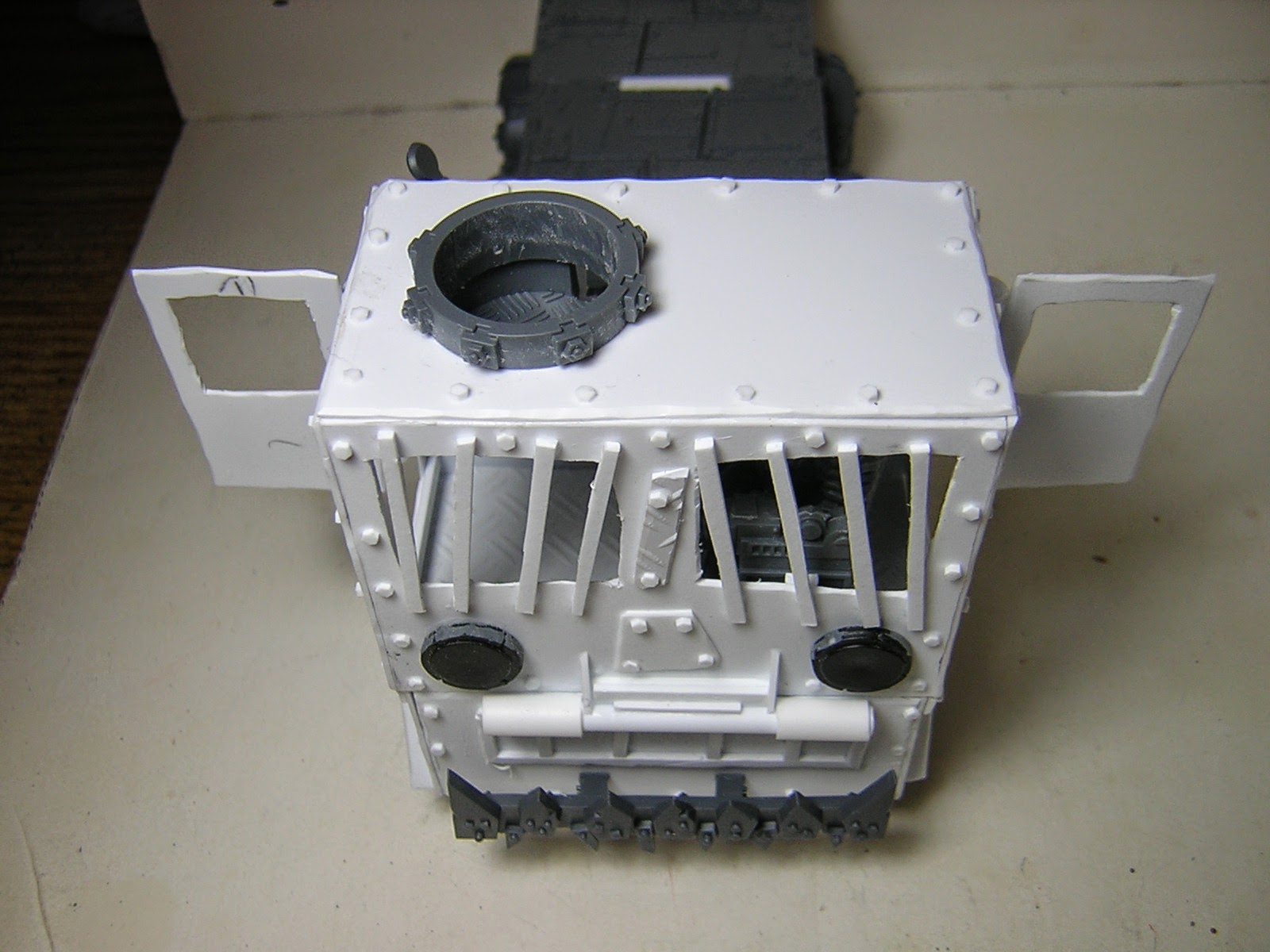 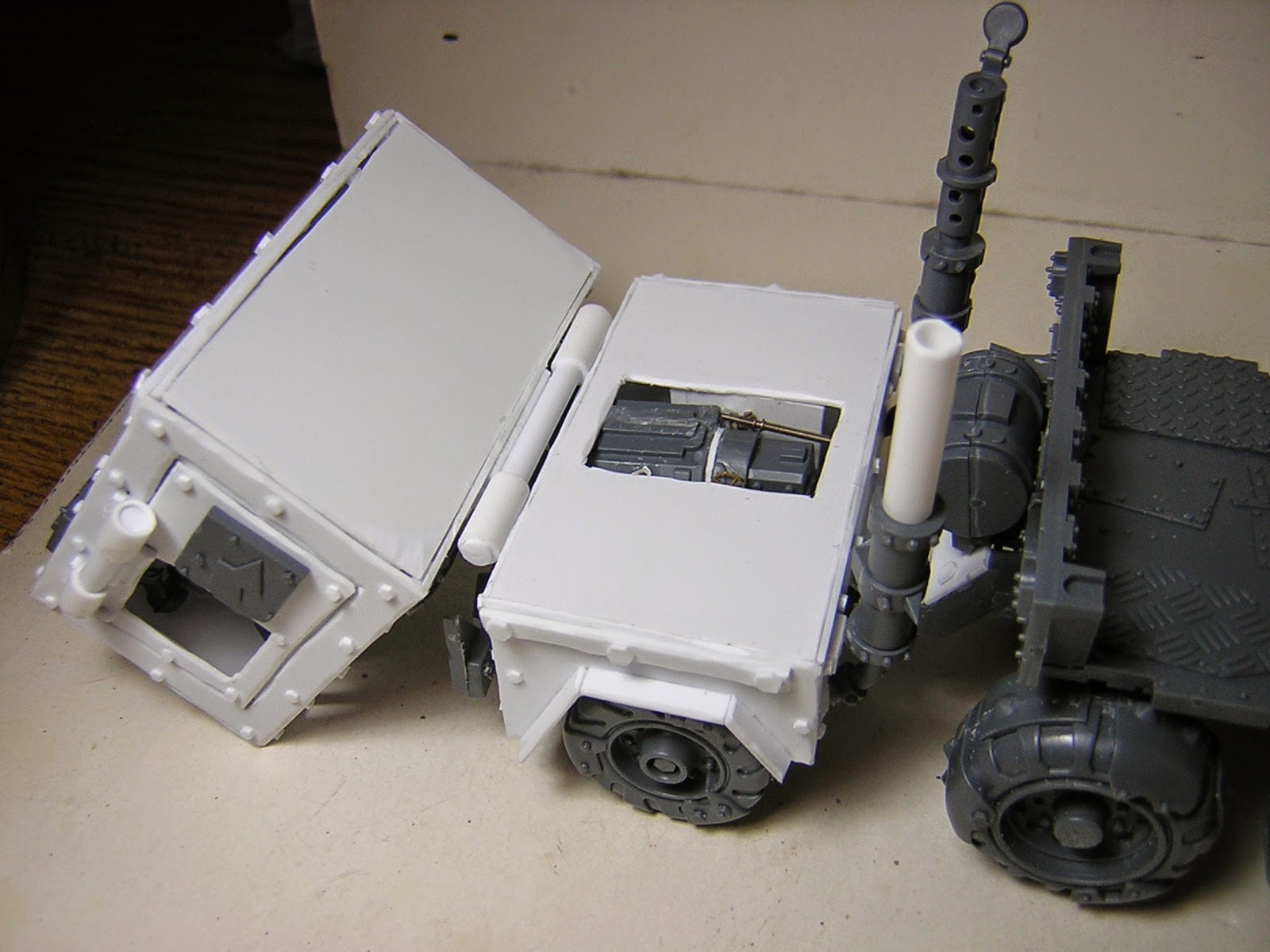