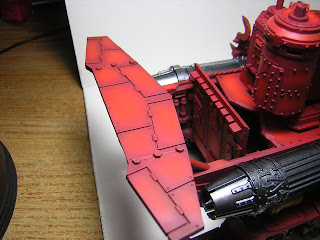 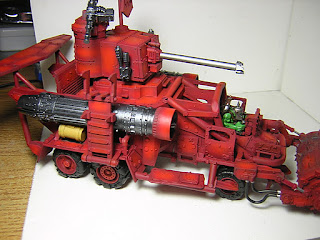 Made some progress on the battlewagon.  Over the hairspray I sprayed on Vallejo model color Red, followed by highlights of bloody red and light red.  With all the various panels and areas sprayed, I have about 4 hours of airbrush work in at this stage.

Really not as much left as it would seem. A few more details like the dashboard and pole on the turret, then lots of paint chipping (but not as much as say the buggy or flakkatrukk) and some other weathering.

But it's pretty low priority now.  Need to work on O&G, either paint or assembly but I would like to make some good progress on that army.

Also picked up another project (wtf is wrong with me) joining a group build at the SMA forums. Picked up this great little kit for $11. 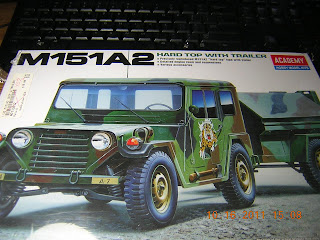 I have until February to finish it, so I'm thinking about picking up some photo etched brass for it.
Posted by Sorien at 8:24 AM