The projects are stacking up..

Yay for lots to do! So much so that I can't seem to decide where to concentrate. 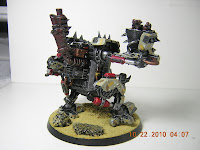 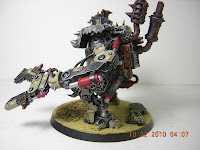 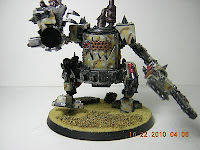 I finally picked up some plasmaguns, so was able to finish the las-plas turret for my first MSU assault squad. I sold my main tactical squad on ebay, used bolters and missile launcher from the second to fill out the Devastators. Now I'm using their rhinos for assault squads. To start they will be las-plas with 5 assault marines, with power weapon and meltagun each. I'll still keep my Rhino of assault marines and the jump pack guys. I still like the combination of mech and jump. 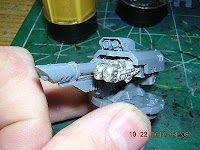 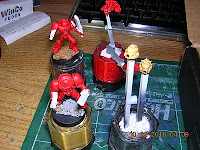 Next I finished assembly on the last 10 boys for my 2nd shoota squad, 9 shootas and a rokkit. I also primed the stompa and killkrusha. It was a nice, warm sunny Sunday in late October so I took the opportunity to spray them while I had the chance. 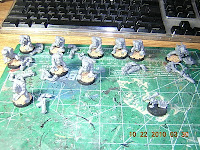 Last project is a AC/LC Predator but when I opened it, the rhino part was completely messed up, the rear door has major recesses and the sides are thinner then normal. Obviously not enough plastic was injected. I keep forgetting to call GW though, need to get that done.
Posted by Sorien at 4:17 AM