Finished the first five of my Blood Angels Sternguard, made from both the BA tactical box and the Sternguard box.   The combi-weapons are all magnetized.

A few comments. First, my remaining half-pot of Blood Red is acting weird, coming out chalky.  So I had to look for an alternative. I started with the GW recommended conversion, Evil Sunz Scarlet. Turns out, it's almost identical to my blood red paint! I was absolutely floored by how close the two colors are.

Blood Red has always been hard to work with being very translucent.  In the past I base coated with an easier to use color (usually Vallejo Bloody Red) and then just gave a very light coat of Blood Red to restore the color.

The Evil Sunz Scarlet is a much more opaque then the old Blood Red and reduced the painting time of the armor dramatically.  That's the main reason why they went faster then expected.  It also made covering up mistakes a non-issue.

Second, I really like the 32mm bases. Gives more room to make something interesting and combined with the cork I used makes the models much more impressive overall.  Am I going to rebase anything? Not in the Blood Angels but I might just rebase my Space Wolves to match the BA's lava bases instead of the Tau's swamp bases. 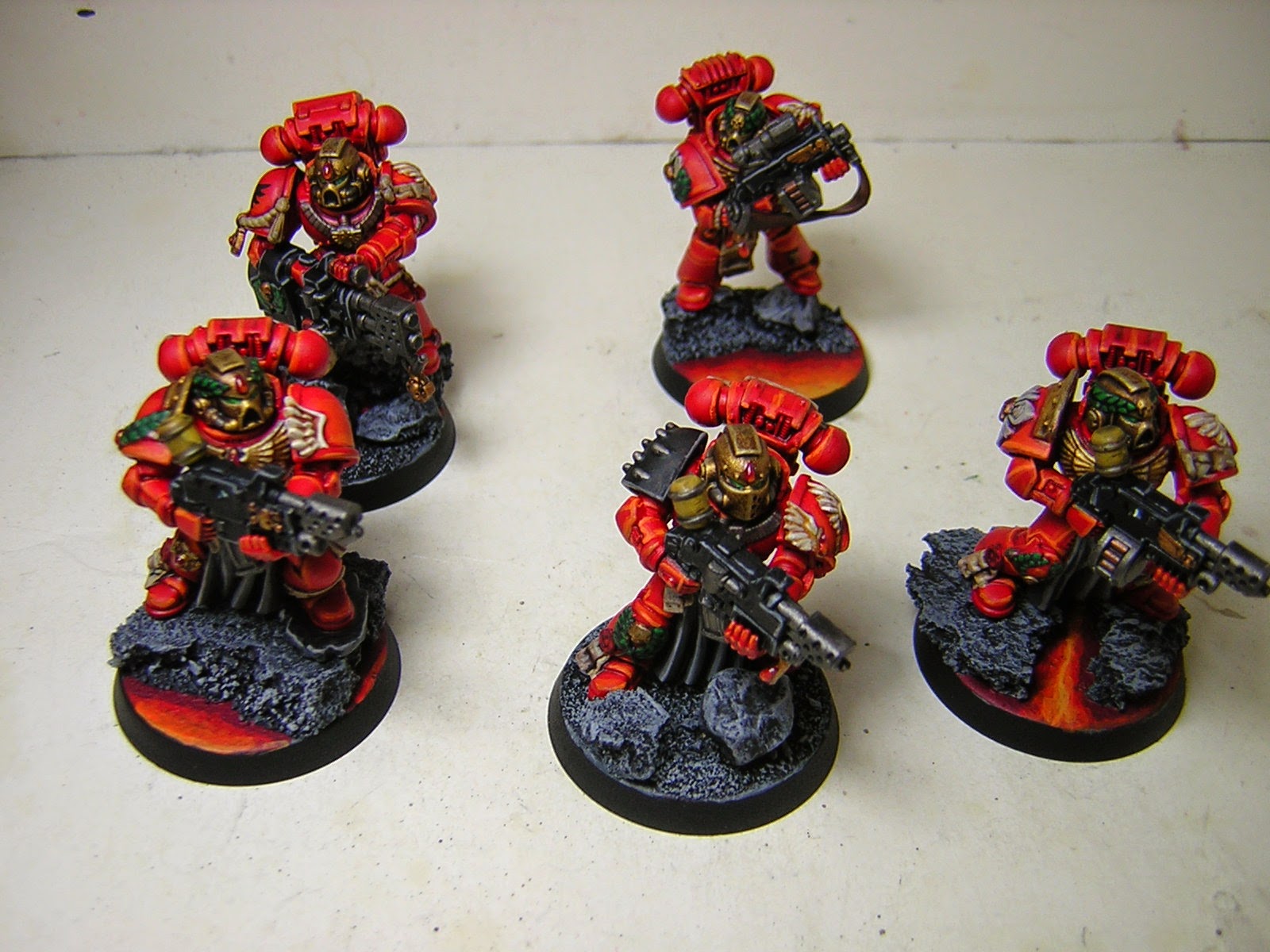 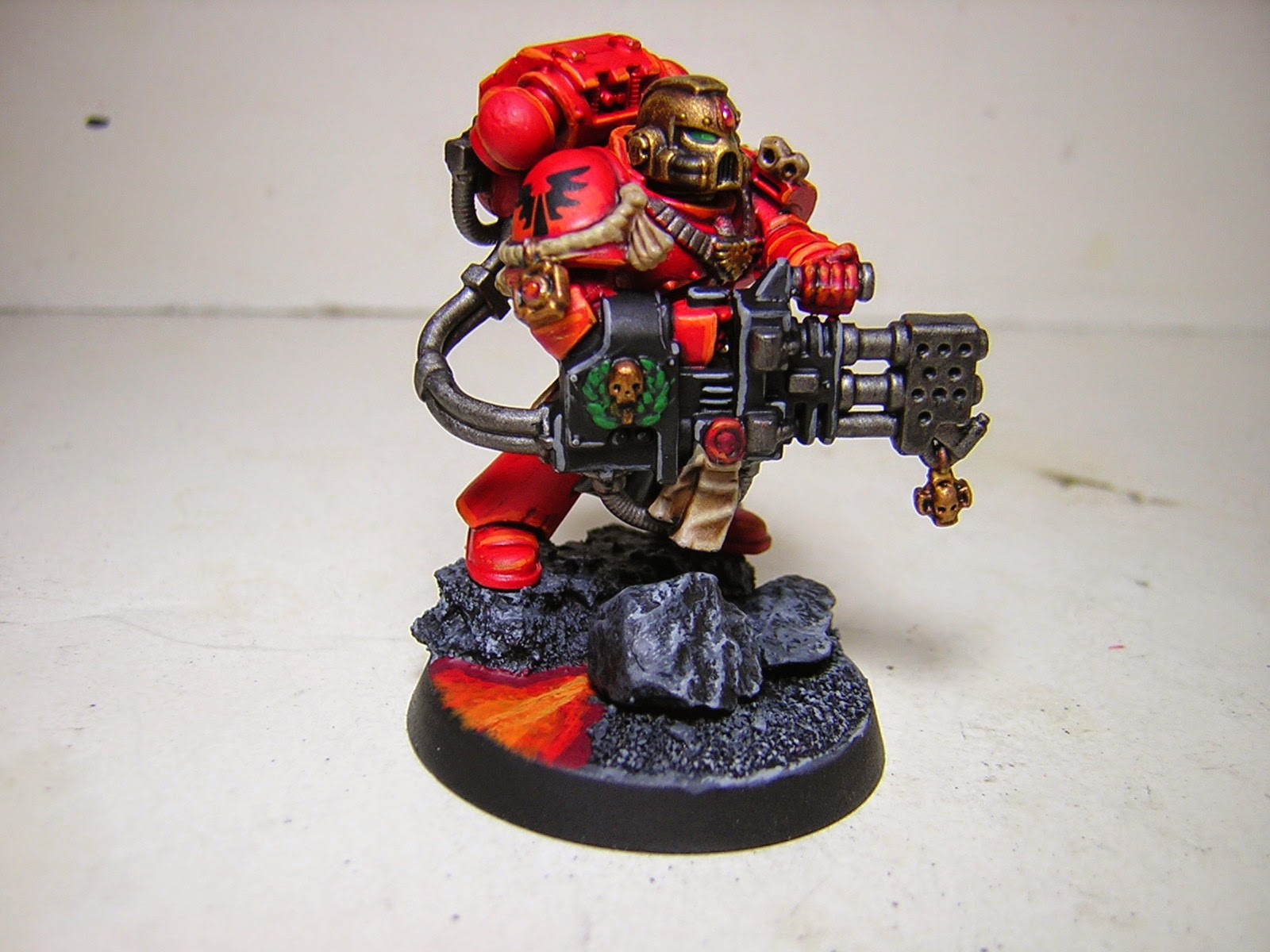 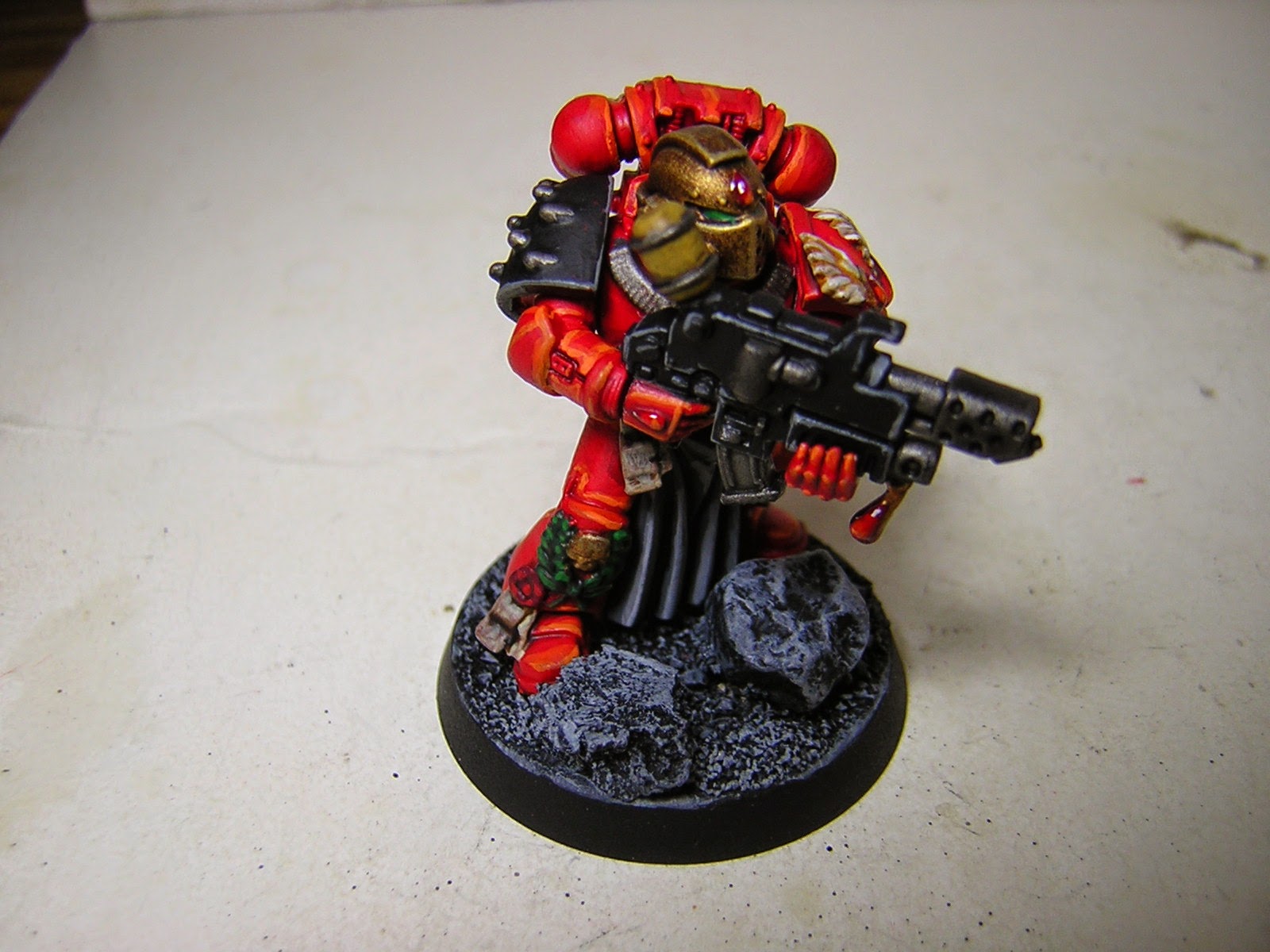 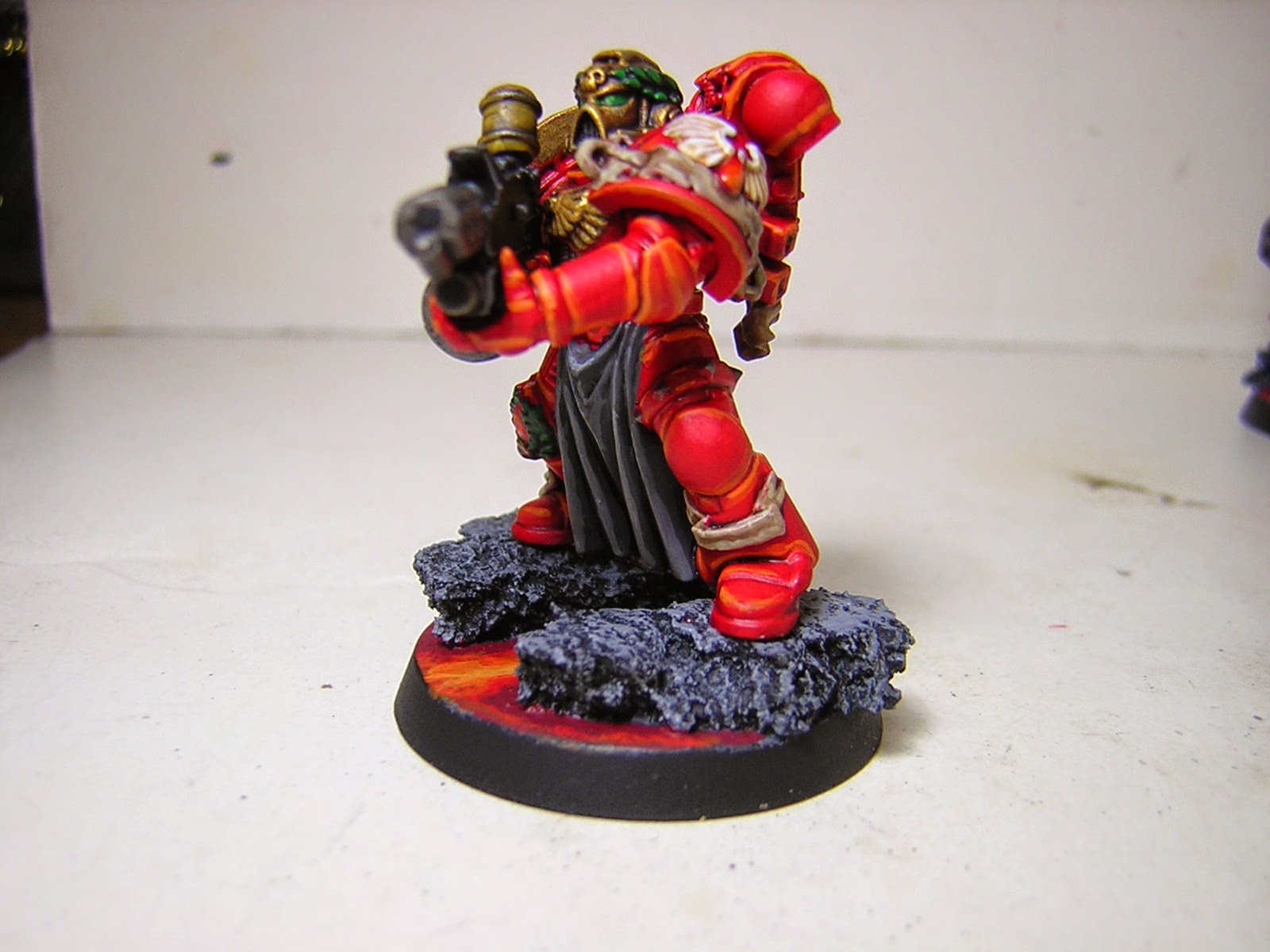 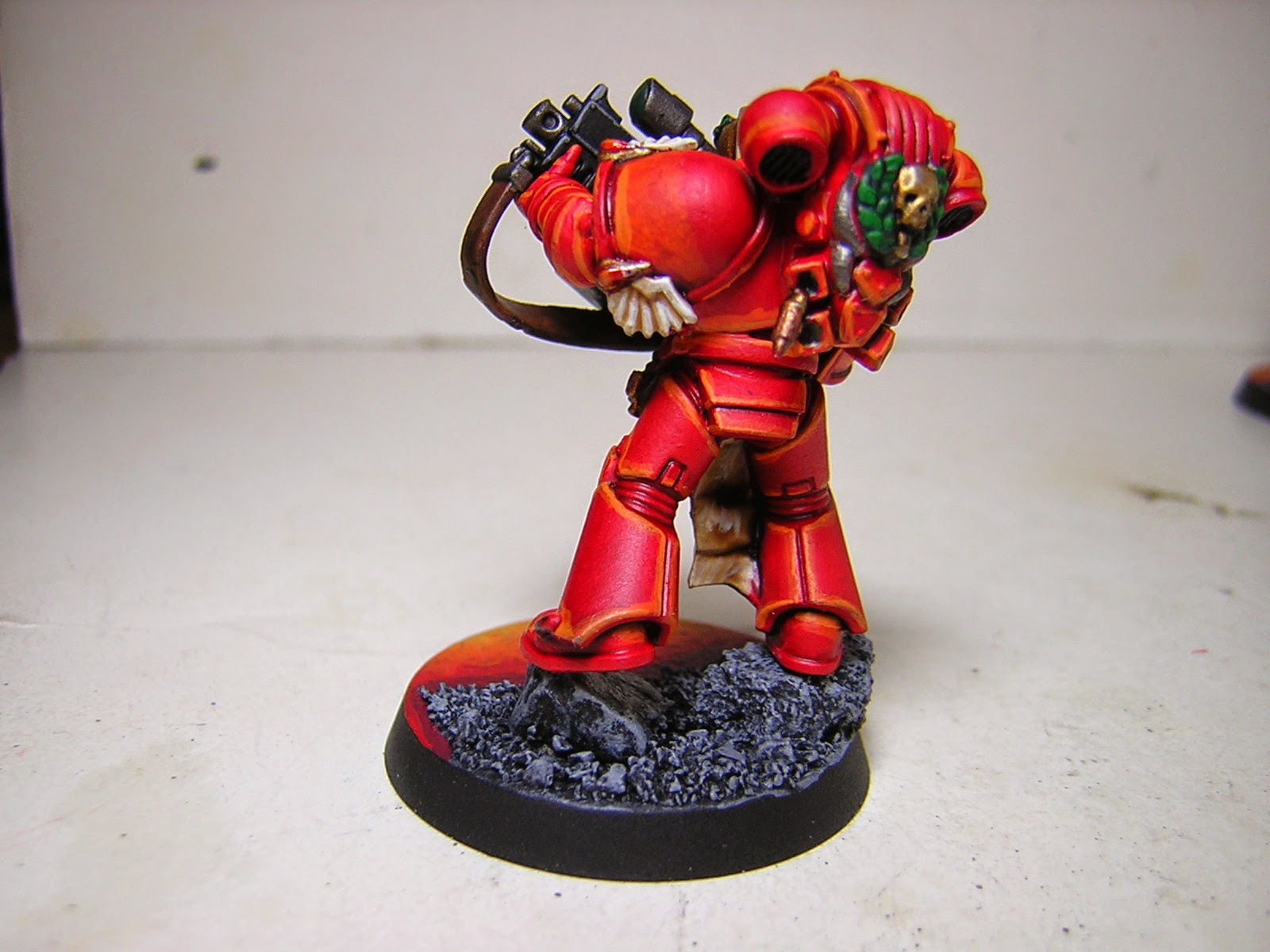 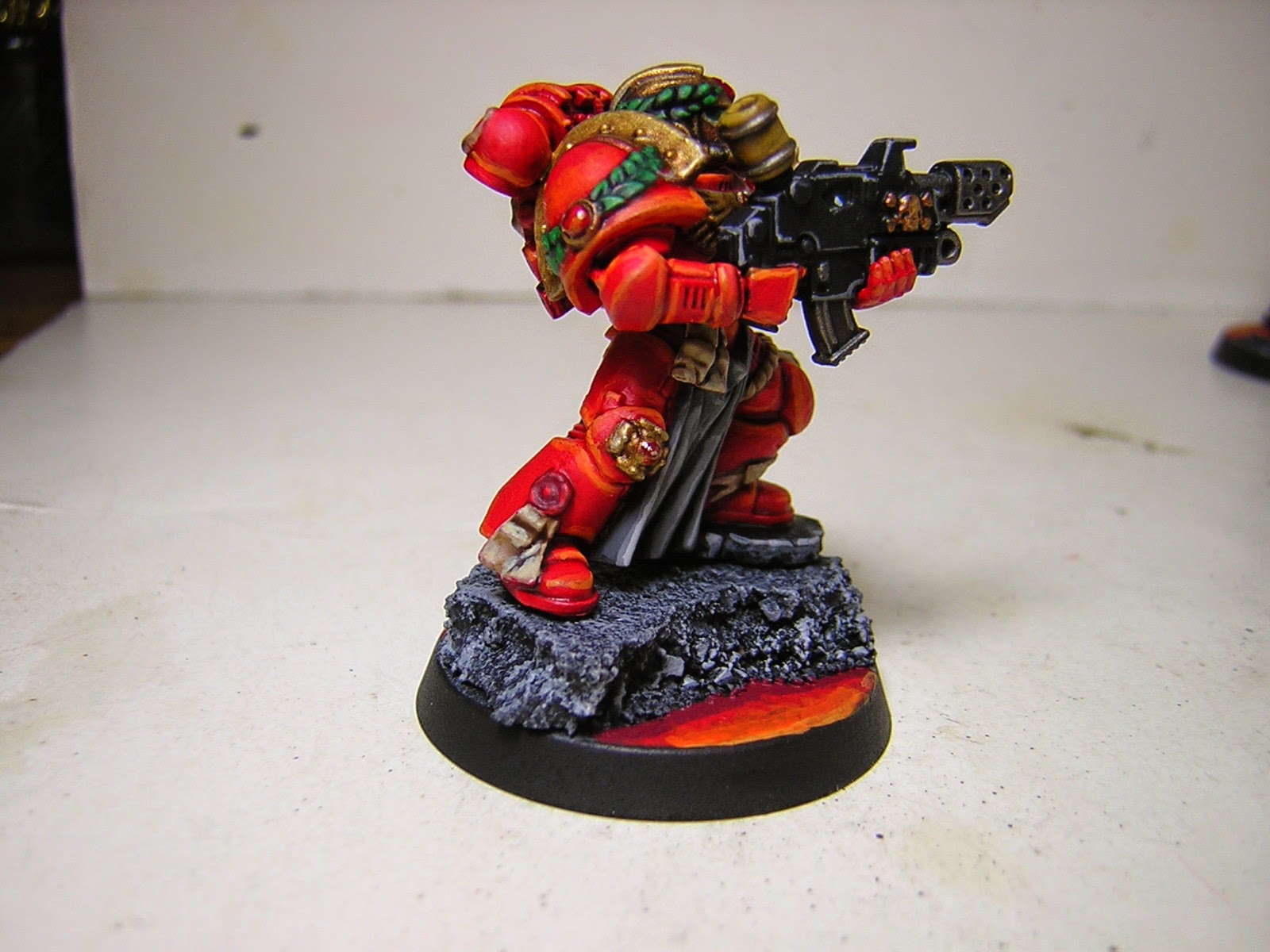 Not exactly sure what project is next. I have the other 5 Sternguard to do or I might start in on some Nurgle Cultists..